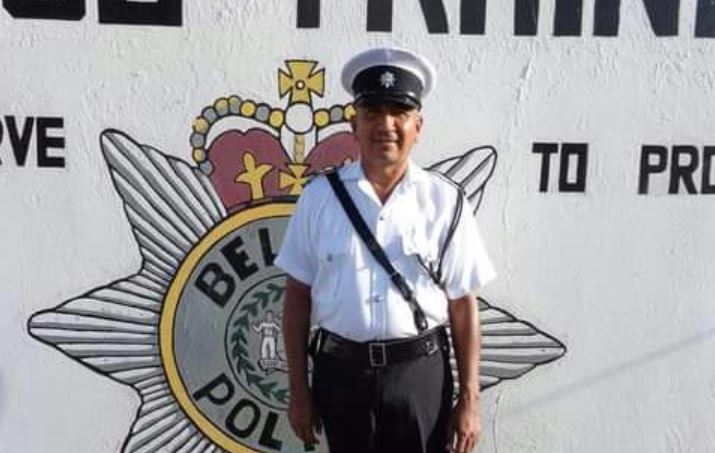 By BBN Staff: The Belize Police Department has charged one man in connection with a road traffic accident over the weekend that caused the death of Assistant Superintendent of Police, Fernando Gilman Neal.

On Tuesday, officers formally arrested and charged Eyder Radiel Sanchez with six offenses, namely: “Causing death by careless conduct;  Manslaughter by Negligence;  Failed to keep as close as possible on the right-hand side of the Road;  Failed to report an accident; Negligent Harm;  Drove a motor vehicle without due care and attention; and two counts of Failed to stop and render aid.”

Sanchez was arraigned at the Corozal Magistrate Court and was granted bail of $8,000.00.

On Saturday, June 19, ASP Neal was in a vehicle being driven at the time by Didier Clavel, when they got into a collision between miles 76 and 77 on the Philip Goldson Highway. The driver and passenger of the vehicle they crashed into fled the scene following the accident.

Neal was trapped inside the vehicle and later died of his injuries at the Corozal Community Hospital. Clavel was also injured in the accident and received treatment at the hospital.