“Before you relax, get vaxxed:” Ministry of Health announces reset of vaccination campaign 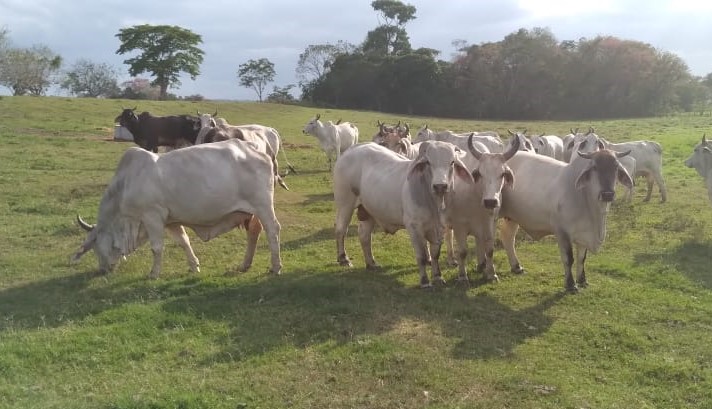 By Rubén Morales Iglesias: Next week Belizean cattle farmers will be exporting approximately 500 head of cattle to Mexico as formal cattle exports to the neighbouring countries continue and as government negotiates a partial-scope agreement with Mexico.

408 head were vaccinated and quarantined in Shipyard for exportation in late April. They should have been exported last month but there were delays.

Thereafter, according to Mindy Garcia, General Manager of the Belize Livestock Producers Association, 88 animals were quarantined in Blue Creek, 55 at the David Dyck Farm and 33 at the Alvin Dyck Farm.

Garcia said that though they have 496 head of cattle ready, the total of animals exported will depend on how many animals are approved by the Mexican veterinarian sent by SENASICA to inspect the cattle.

SENASICA is the competent authority for animal health in Mexico, similar to the Belize Agricultural Health Authority (BAHA).

The SENASICA vet will inspect the animals in Shipyard and Blue Creek on Monday, June 28, and the exportations will be done on Tuesday and Wednesday, June 29-30, said Garcia.

Dr. Miguel DePaz, Chief Veterinary Officer in the Ministry of Agriculture said the animals had to be prepared to meet the import requirements set by SENASICA. The cattle were vaccinated against anthrax, fever, influenza, infectious rhinotracheitis, viral bovine diarrhoea, and leptospirosis.  During quarantine they were also tested for tuberculosis and brucellosis.

Minister of Agriculture, Food Security, and Enterprise Jose Abelardo Mai said that so far over 20,000 animals valued at nearly $30 million have been exported to Guatemala and Mexico. Those words were echoed by Prime Minister John Briceño on Wednesday.

Belizean livestock farmers had previously only exported to SuKarne company in Mexico, but according to Principal Agriculture Officer Belarmino Esquivel, Minister Mai took the lead to meet with other buyers in Mexico as well and said better prices were negotiated for Belizean cattle.

Livestock farmers were dependent on the partial-scope agreements with Guatemala and Mexico.

Under a partial-scope agreement a number of products are identified by the signatory countries and the tariffs on those products are either reduced or removed.

In late April, Esquivel had said that the Ministry of Foreign Trade was looking to negotiate a partial-scope agreement with Mexico to improve the level of exports, including cattle. And now Prime Minister Briceño has given livestock farmers hope that there will be an agreement soon.

Livestock producers are expecting that a partial-scope agreement with Mexico will translate into more profits as it will mean less tariffs on their exports, which they hope will also include cattle products in the near future.