Shyne Barrow sworn in as new Leader of the Opposition 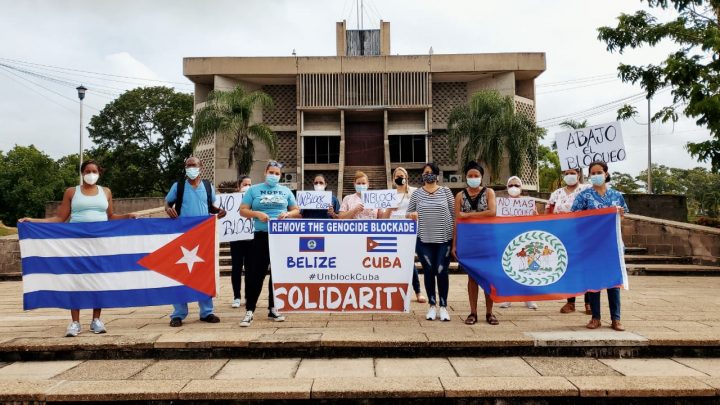 By Benjamin Flowers: The Belize-Cuba Solidarity Movement, a community organization dedicated to raising awareness to Belizeans about the struggles the Cuban people endure under the United States embargo, says that the US is contradicting itself by speaking of democracy but choosing to continue the economic embargo on Cuba.

Yesterday, 184 countries at the United Nations General Assembly voted on a resolution to end the embargo; however, the US voted against ending it.

Joshua Magaña, networking officer for the Belize-Cuba Solidarity Movement, said that the vote was entirely expected and shows a level of hypocrisy from the US.  Magaña pointed out that US Mission’s political coordinator, Rodney Hunter, told the general assembly that the US is maintaining the sanctions, so that the people of Cuba will embrace democracy.

“How can you talk about democracy, when over 180 countries voted to end the embargo, but you refuse to do so?”  Magaña said.

He added that the organization, which originally began with a group of Belizean students who graduated from Cuban universities under the educational partnership between the two countries, is committed to sharing as much information as possible about the situation between the US and Cuba, to ensure that there isn’t a singular narrative being told.

The group recently concluded an awareness activity, which gathered cultural groups, representatives from the major political parties, and political thrid parties, and other civil society organizations to speak on the importance of the UN voting for the 29th time to end the embargo. The Belize-Cuba Solidarity Movement is also planning another awareness event for July 26, commemorating Fidel Castro’s first revolution attempt.