Patrick Faber is having a press conference this morning 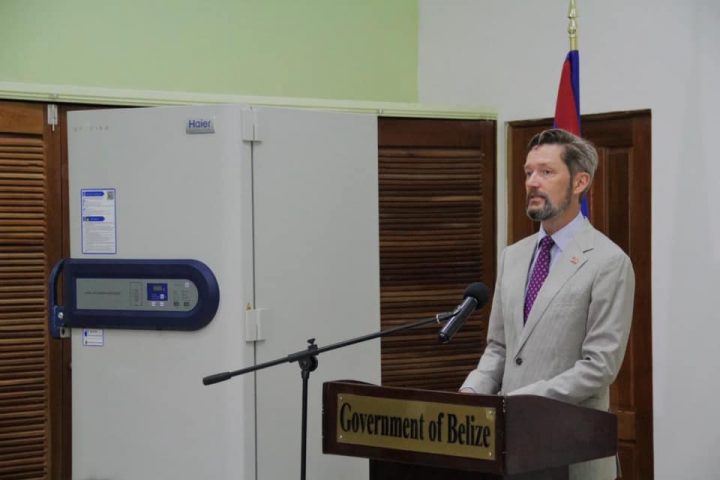 By Zoila Palma: U.S. Embassy’s Chargé d’Affaires, Keith Gilges became a familiar face to Belizeans as he engaged fully in the Belizean experience during his tour in Belize.

His tour is ending, but Keith says that he will never leave Belize fully.

BBN met with Keith to discuss the efforts and programs that the U.S. Government continues to support in Belize particularly good governance, economic prosperity, and citizen security.

“We try to ensure that all the different sections of the embassy are working toward these things (good governance, economic prosperity, and citizen security). It comes down to some particular issues as well and that’s focusing on the issue of drugs and the transshipment of drugs,” Gilges said.

Gilges says that the U.S. Government supports citizen security via capacity building and improving the information that they are collecting but ultimately it is the BDF, the police, and the coast guard who are going out and conducting the interdictions.

Gilges further explained that the process by which drugs move through Belize has a corrosive effect on law enforcement in Belize.

“It takes people who are corrupted by the lure of money or other things and once you start down that path, then where are you drawing the line. So, we work with Belizean law enforcement to reduce the threat that drug plays to the fabric of Belizean society,” Gilges added.