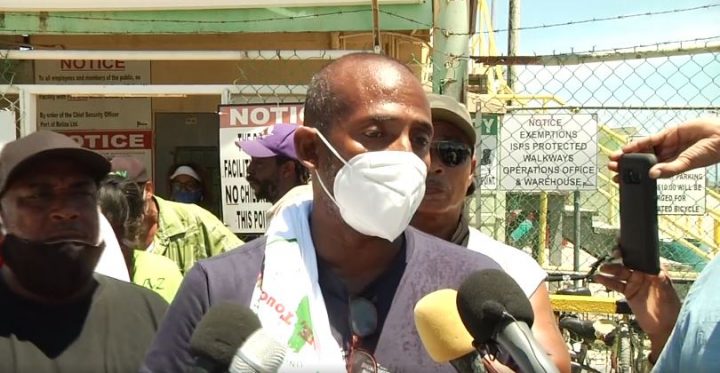 By Benjamin Flowers: This week the Belize City Council (CitCo) announced that it would be taking a phased approach to retiring some 53 employees who have reached the legal retirement age. With 33 of those employees belonging to the Christian Workers Union (CWU), the union’s president Evan “Mose” Hyde, says that the CWU has a responsibility to appeal to the council on their behalf.

In an interview with Channel 7, Hyde explained that the CWU has met with its legal advisors but that there is no legal challenge that can be made against retirement.

“The general feeling is that this comes at the worst possible time with the least possible notice available in the case of phase 1, very limited time to deal with being without employment and if you understand the circumstances the majority of the union members are from sanitation and so we’re meeting with them and hearing their concern, this is really terrible news to hear at this point in time,” Hyde said.

Hyde also said that, in the case of those employees who were previously employed by private sanitation companies and brought on to the council six or seven years ago, many of them will not have enough years of service to receive gratuity upon retirement.

Yesterday, CitCo issued a statement explaining that the retirement plan will affect every employee aged 55 years and older, regardless of pay scale position or department. The first phase will affect 21 employees, who are all over the age of 60; the second phase, beginning in August, will affect 22 employees, most of whom are between ages 57 – 59; and the final phase, which commences in September, will affect 10 employees between ages 55 – 57.

CitCo explained that the move is being done to ensure that payouts such as gratuities will not reach levels that the council cannot afford, noting that the projected payout for 2024 if the council does not implement the retirement plan is estimated at $1.4 million.