Commissioner of Police: ‘No official word on reports of Belizeans massacred in Tulum’ 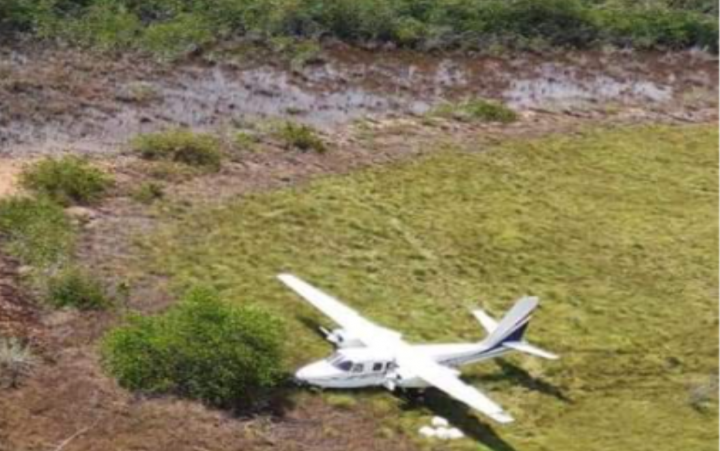 By Benjamin Flowers: The Belize Police Department has confirmed that another suspected drug plane landed in Belize early this morning; this time without a clean runway to land on.

Police Commissioner Chester Williams, explained that the department was alerted around 1:00 a.m. that an aircraft coming from South America had entered Belizean airspace. Around 1:30 the aircraft disappeared off radar, and officers deployed to its last known location to conduct searches but did not find anything.

Later, the plane was spotted in the Monkey River area, in some mangroves near a lagoon. Police searched the plane but its contents had already been removed and there was no one in the area when it was found.

“We assume that, having landed, the content was discharged they were probably waiting right at the lagoon, and the cargo was taken away,” Williams said. “This fight against these drug traffickers is becoming more challenging, particularly due to the fact that these pilots no longer require a runway or an open space, they are landing these plane practically anywhere and that poses more challenges to us because it broadens the possibility of the plane landing in other areas.”

Williams added that the aircraft is intact without visible damages; however, due to its location, authorities will not be able to move it without dismantling it. He stressed that flying it out of the area will be impossible.