Belize Weather: Skies fair but shower activity to pick up 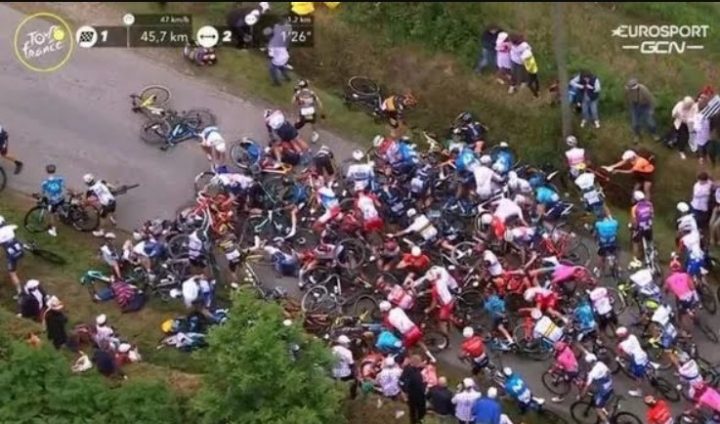 By Rubén Morales Iglesias: A fan holding a sign for television cameras caused a massive domino-effect pile-up during Stage 1 of the Tour de France.

One of the worst fears cyclists have during races is a pile-up because a pile-up like today’s can put out any cyclist. German cyclist Tony Martin couldn’t avoid the fan and found himself crashing into him causing a large number of cyclists to fall on top of each other.

Jasha Sütterlin of Team DSM was injured and had to withdraw.

Reports say that it took the peloton more than 15 miles to regroup.

To make matters worst, a second crash about five miles from the end nearly took out four-time champion Chris Froome.

Twenty-one riders were injured in the two crashes with four having to call it quits.