Belize Weather: Skies fair but shower activity to pick up

How the FFB goes about selecting its National Football Teams 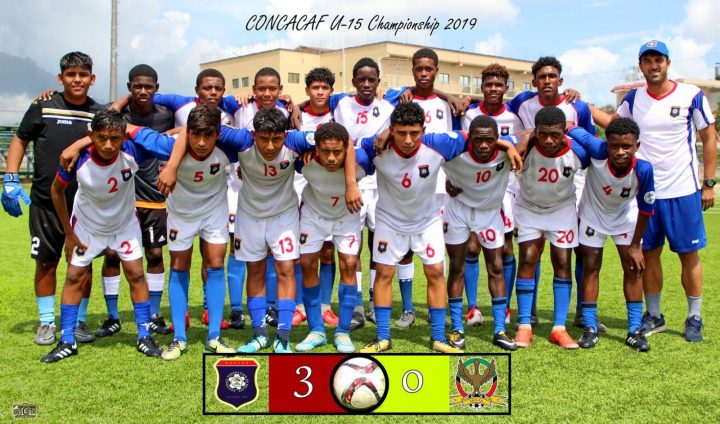 By Rubén Morales Iglesias: The FFB is now in the process of rebuilding its National U-20 Men’s and Women’s Football Teams.

National Team coach Dale Pelayo said that he along with U-20 Women’s coach Wayne Casimiro are visiting the different zones around the country to scout players for the national teams for that age bracket.

Recruitments came to a virtual standstill over the last year because of the COVID-19 pandemic, but now that restrictions have been relaxed and training is allowed for contact sports, the FFB has restarted its nationwide recruitment.

“We want it to be open, so players feel free to try out because sometimes when it’s left only to the district associations some complain about favouritism. So, we want all players to feel that they can be a part of the process,” Pelayo said.

“The objective is to find U-20 players for the U-20 selection which will be participating in the Uncaf (Central American Football Union) tournament in November,” said the U-20 Men’s Team head coach Dale Pelayo.

The U-20 Women’s Team also has a Concacaf qualifying tournament by year’s end.

“Uncaf hasn’t set the location as yet and they haven’t had the draw, but we are starting preparation for the team one time, instead of having to wait until close to November,” Pelayo said.

To that end Pelayo, Casimiro and Fitness Coach Dennis Serano are visiting Punta Gorda and Independence on Saturday and will be in Dangriga on Sunday.

Next week they’ll be in Cayo, Belmopan, Corozal, Orange Walk, Belize City, and San Pedro looking for players to call up for the National Team tryouts to be held later at the FFB Field in Belmopan.

On a normal basis, the FFB recruits players for its national teams by holding tryouts either at its headquarters in Belmopan or by scouting visits to the districts to look at players in their own setting.

While the FFB advertises the recruitment process on social media, the district associations are charged with advertising the scouting sessions to get word to the players.

Pelayo explained that the FFB already has a pool of players for all selections at the different age brackets but since the youth teams go by age group, they have to constantly be looking for new players as they surpass the age bracket.
At present, a number of the players who played for the previous U-20 team now qualify for the U-21 or U-23 and though the players from the U-17 move up to the U-20, the FFB also wants to give an opportunity to other players, so, they do the scouting process.

In the initial stages the recruitment is by open invitation so anyone within the particular age bracket can attend and subsequently as the selection process advances it’s by personalized invitations to the camps at the FFB headquarters in Belmopan under the guidance of the coaches and chaperones.

Now, the FFB also follows Belizean footballers abroad for the different selections. Pelayo said the FFB gets videos of the players from abroad and these may be invited to the tryouts here in Belize.

Now that the FFB and the National Sports Council (NSC) have signed a 30-year agreement, the FFB will be closer to primary school competitions as their coaches will be training and working alongside with the NSC which organizes primary school sports.

Once the players are called to camp at the FFB, as long as they perform well, they are recalled for future camps.

Depending on the international tournaments, the FFB may call 18 or 23 players to represent the country. Those players are called from the standing pool of players for the different age brackets.

When international tournaments approach the FBB intensifies the regularity and time duration of the training camps until travel time.

The ultimate goal is to reach the National “A” Team. And that is what everyone aspires to. So, if you’re a young football player and want to make it to any of the national teams, make sure you try out.