Five best places to visit in the Cayo District 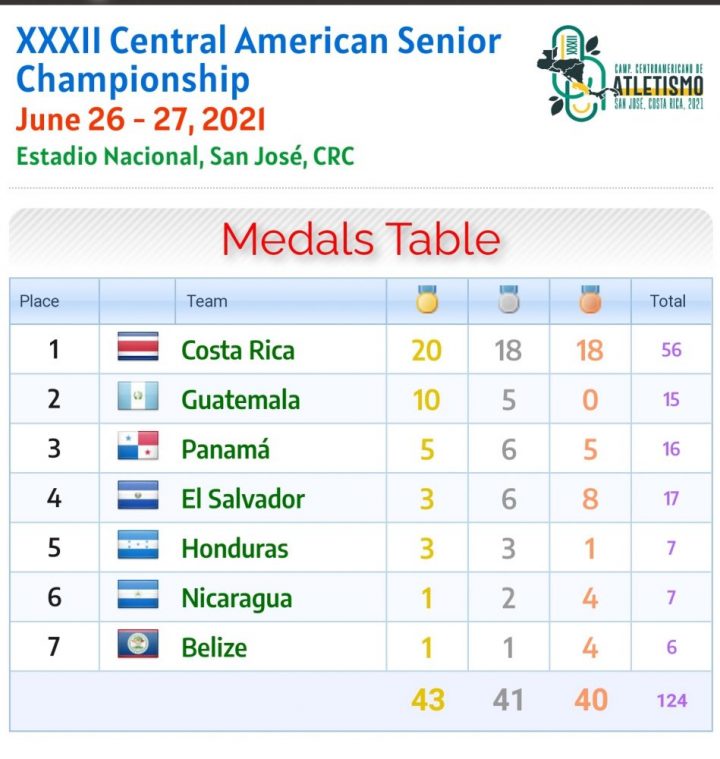 On Saturday, Dirks had won Belize’s only gold medal in the Women’s 200m Final in 23.80 seconds.

On Sunday as well, Tricia Flores won bronze with a long jump of 5.23m. Record-holder Nathalee Aranda from Panama won gold with 6.18m but was unable to break her record of 6.39m. Thelma Fuentes of Guatemala got silver with 5.29m.

On Saturday, apart from Dirks’ gold, Belize had also won a silver and a bronze.

Cojac Smith won the bronze medal in shotput with a hurl of 13.69 metres.

Unfortunately, Belize’s other results were not within medal range.

Belize’s women couldn’t run the 4x100m nor the 4x400m because only Hilary Gladden, Samantha Dirks and Tricia Flores were registered.