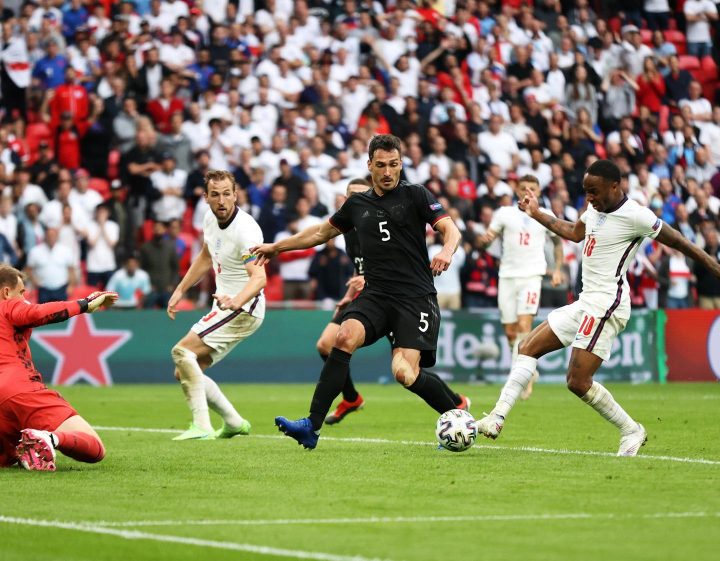 By Rubén Morales Iglesias: Finally, after seven games of being unable to beat Germany, England prevailed on a hard-fought 2-0 win today at Wembley in London in the Round of 16 at Euro 2020.

Raheem Sterling started and finished a play in the 75th minute to give England the 1-0 lead after Thomas Muller had wasted an open-goal opportunity to put Germany ahead.

England were trying to shake off the bad luck they’ve had against Germany having lost five and drawn two in the last seven clashes with the Germans who during the France World Cup in 2018 stopped them from reaching the semifinals.

Then, in the 86’, Harry Kane who had gone blank all tournament, sunk the second goal with a header off Jack Grealish’s cross, sealing England’s 2-0 win and a spot in the quarterfinals.

“Today is a big result. England haven’t managed to beat Germany in a knockout game since the final here [in 1966],” said England manager Gareth Southgate in the post-match press conference.

In the 1966 World Cup, England won the world title at Wembley in a controversial 4-2 win over what was then West Germany.