Have you seen Memory Magdaleno? 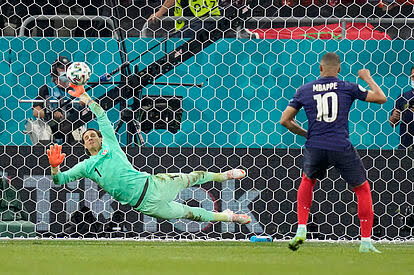 By Rubén Morales Iglesias: The favorites have been dropping like flies at Europe 2020. First it was defending Champions Portugal out by Belgium and highly-touted Holland knocked by the Czech Republic, and then yesterday the first to fall were the World Cup Subchamps Croatia defeated 5-3 in overtime by Spain.  Then, the unexpected happened,  World Cup Champs France,  the super favourites to win the Euro, were stunned 5-4 in penalty kicks by Switzerland.

In the first instance, Spain squandered a 3-1 lead allowing Croatia to crawl back and tie the game at 3-3 by the end of regulation.

Much maligned Álvaro Morata, whose life and those of his family had been threatened because of his lack of goals, hit the game-winner for the 2010 World Championship. One more by Mikel Oyarzábal gave Spain a 5-3 victory and a spot in the quarterfinals.

In the second game, France seemed to be in the driver’s seat with a 3-1 lead, but just like Spain the found themselves going into overtime after Switzerland shockingly scored twice in the final minutes.

No more goals were forthcoming so the two squads found themselves taking penalty kicks.

With the score 5-4 in penalty kicks, Kylian Mbappe, France’s most prized striker, found his shot tipped out by Swiss goalkeeper Yan Sommer.

France, eliminated, Swiss fans celebrated effusively. They had not qualified to Euro quarterfinals since 1954.

Today, let’s see if there are any more surprises.

England are favourites over Germany and Sweden over Ukraine.