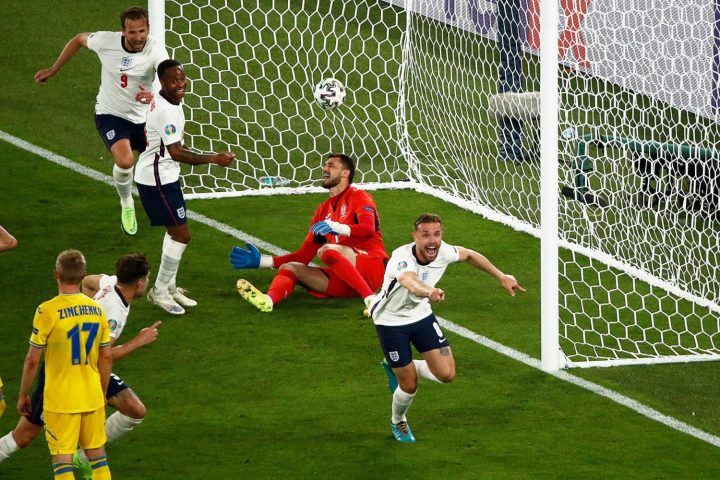 By Rubén Morales Iglesias: England scored three goals early in the second half demolishing Ukraine as they secured a berth in the Euro 2020 semifinals on Saturday at the Stadio Olimpico in Rome.

Today’s 4-0 win was the 5th clean sheet for England while captain Harry Kane scored a brace totaling three after a scoreless rough patch in the first three games.

Kane nailed the first goal in the 4th minute of the match collecting a pass from Raheem Sterling within the penalty box and hammering it into the net past goalkeeper Georgiy Bushchan.

But from then onward, England suffered as Ukraine pressed forward looking for the draw.

Things changed considerably at the beginning of the second half as Harry Maguire headed in the second goal in the 46th minute when as action was just restarting.

Kane hit the 3rd goal in the 50th minute and Jordan Henderson headed the ball past Bushchan, putting the game away with his first international goal in the 60th for a 4-0 pounding of Ukraine.

This was the only lopsided score in the quarterfinals.

England now head home to host Denmark in the semifinals at Wembley in London on Wednesday.

Italy and Spain face off in the first semifinal on Tuesday at Wembley as well.