Abandoning the realm: Republic of Belize? 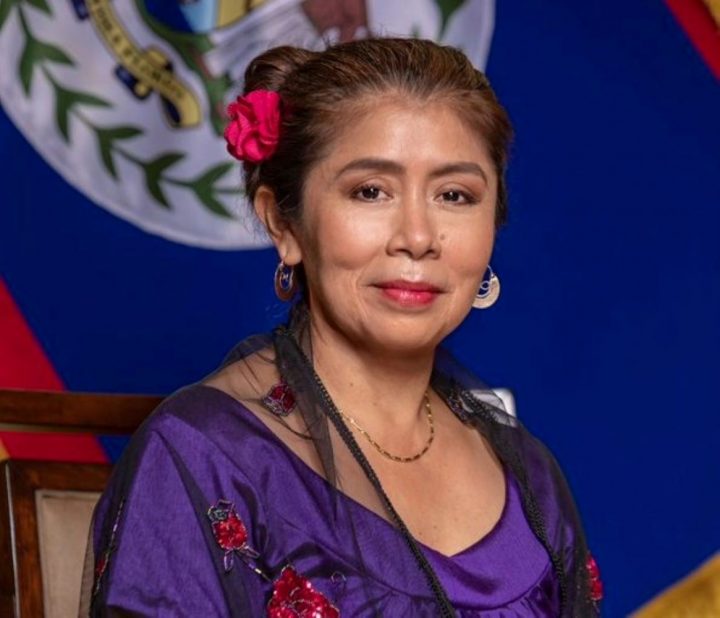 By Aaron Humes: The House of Representatives has separately approved a bill and motion to improve the terms and conditions of service of the Governor-General of Belize.

In introducing the bill, an amendment to the Governor-General (Conditions of Service) Act, Chapter 7, Prime Minister John Briceño said this was in furtherance of improving the living conditions of previous Governor-General Sir Colville Young and his successor, Froyla Tzalam.

“Imagine: the past Governor-General, Sir Colville Young, has no health insurance for him and his wife (Lady Norma Young), and his wife now is very ill, in bed, and now today with the support of the Government we are providing assistance to the Governor-General in taking care of his wife; it’s just the decent thing to do,” the Prime Minister revealed, going on to add that Sir Colville, now well past retirement age and approaching his 90s, will receive a retroactive lifetime pension.

Governor-General Tzalam is presently living in rented accommodations while the traditional residence of Belize House, Belmopan, is being renovated, and her salary goes up from $52,848 annually plus $2,400 in allowances to $75,000 annually and $12,000 in allowances. She will also receive health insurance coverage, not specified, and a lifetime pension after she retires. The salary and allowances had not been amended by the House since the introduction of the relevant Act in July of 1989.

The Government, Briceño said, wanted to avoid a repeat of the mistakes of previous administrations who abandoned the late Dr. Dame Minita Gordon when she stood down from office in 1993, and reward Sir Colville, whom Briceño acknowledged had “served us well and with distinction.”

The House approved the motion without debate, but on the second reading debate of the bill, Opposition member for Albert Tracy Panton raised the issue of the curtailing of the term of office of the Governor-General to seven years, not renewable, while signalling support. She compared the continuity sought by this amendment to that of the bodies being amended under the Tenth Amendment of the Constitution, condemning it as “hypocritical” that the Government would not take a look at the “institutional memory” that these bodies possess; the shorter term should be across the board, she said.

In reply, representative for Freetown Francis Fonseca registered his pride that his Government was “correcting a historical wrong” done to past Governors-General, and making up for their “shameful” treatment.

The Prime Minister closed the debate by reminding that the Governor-General is the (ceremonial) head of state and representative of Her Majesty the Queen, in whom all executive power resides. “We felt that it is best for this appointment to go into the next term, and then the new Government would have enough time to be able to decide who could be another suitable Governor-General,” he explained.

Briceño added that the position is above politics, noting that Sir Colville had been a stalwart support of the United Democratic Party and previously the National Independence Party (NIP), even writing campaign songs for them, but moved to a neutral position once appointed under the premierships of Sir Manuel Esquivel, Rt. Hon. Said Musa, Rt. Hon. Dean Barrow and himself before retiring. Successor Tzalam, he said, should have the same opportunity.