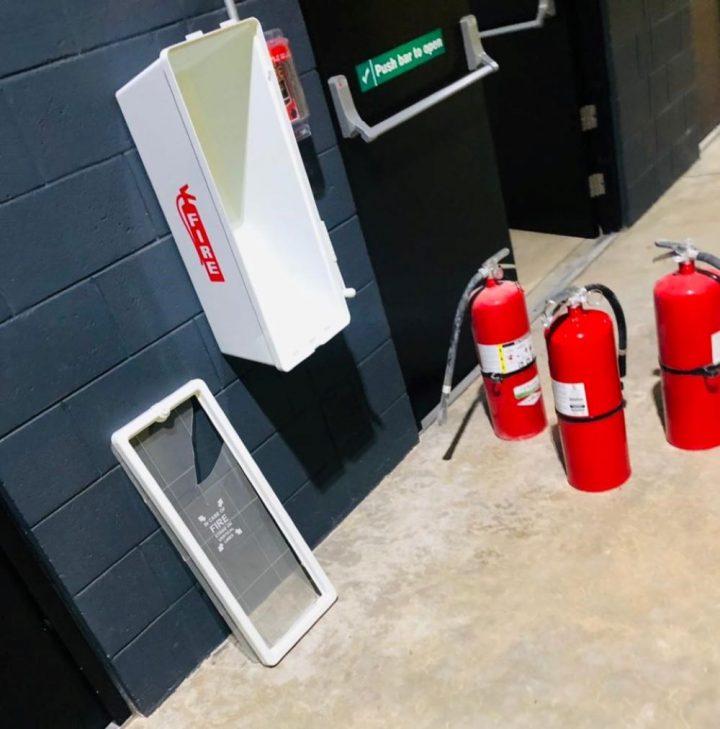 By Aaron Humes: According to police, a group of teenage boys between the ages of 13 and 16 were responsible for thousands of dollars’ worth of reported vandalism of the Belize City Center, also known as “the Civic,” which occurred recently.

The Special Patrol Unit Operations Team was patrolling in the “Back-a-Town” (Lake Independence) area when they saw smoke coming from the roof of the Civic on Central American Boulevard.

Police went inside and found evidence of damages, and referred the case to Crimes Investigation Branch as well as the National Sports Council, which is now in charge of the building.

Images released this evening show empty fire extinguishers, damage to the expensive basketball court and tampering with the water reservoir at the top of the building, where apparently the vandals went for a swim. 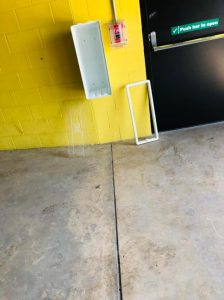 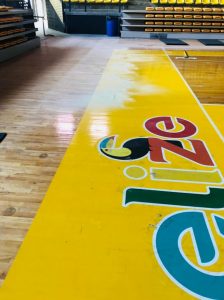 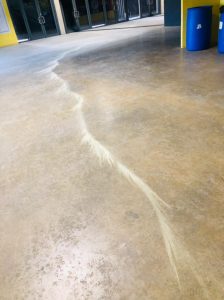 The Civic has been inactive since the National Elite Basketball League terminated its season due to COVID-19 in mid-March last year; there have been no public events held since.

Former managers Apex handed over to the Council, but it is not clear whether there was any security assigned at the time of the break-in.

Police are investigating and charges, if they are laid, would be dealt with through the Family Court.