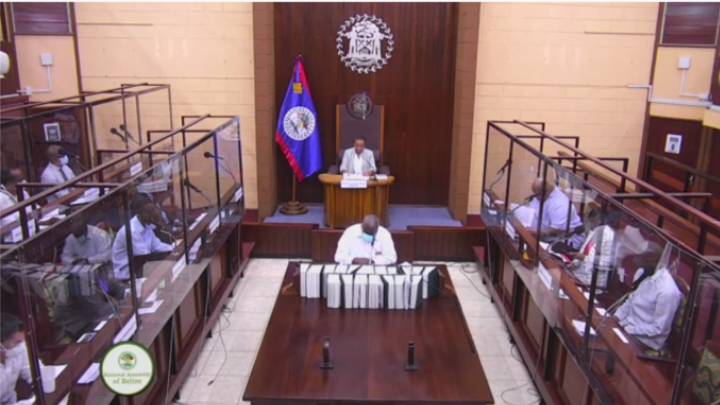 By Aaron Humes: The four Senators forming the cross bench of the Upper House have not only objected to the Tenth Amendment to the Constitution, they have called for full Constitutional reform to create “a modern Constitution that works for Belize.”

In a letter to Prime Minister John Briceño dated June 28, Senators Elena Smith (Trade Unions and Civil Society); Osmany Salas (Non-Governmental Organizations); Reverend Moses Benguche (Churches) and Kevin Herrera (Business Community) propose the formation of a broad-based Constitutional Assembly charged over a two-year period, with reviewing and re-doing the Constitution, offering more Belizeans the opportunity to have the say they did not have in 1981.

The Senators add, “We strongly feel that any major Constitutional amendments should benefit from our post-Independence experience,” citing the 2000 Political Reform Commission report and Belize getting ready to celebrate 40 years of Independence in September.

As for the Tenth Amendment, which concerns dovetailing the terms of major advisory bodies such as the Election and Boundaries Commission, Public Service Commission and others with the five-year term of the House of Representatives and Senate, the quartet raise the following objections: 1) the bill departs from the relevant Constitutional provisions as to the impartiality of each of the affected bodies; 2) the bodies were lumped together in the Bill without regard to the specific and unique role each plays; 3) other similar bodies were not included; 4) there is no justification for the Amendment by way of Government White Paper and other documents; 5) it is the second Constitutional Amendment proposed by the PUP majority (subsequently joined by a third) and unless there is a thorough and careful review process, a “piecemeal approach” to amending the Constitution is not advisable.