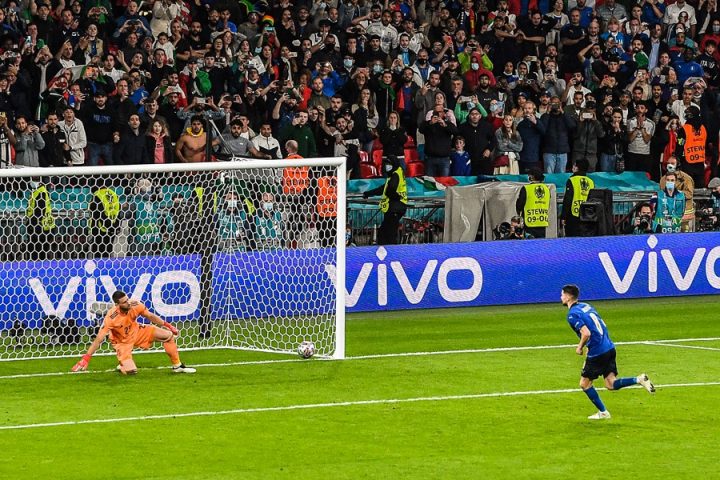 By Rubén Morales Iglesias: Jorginho converted his penalty kick in the coolest of forms tapping the ball into the net after making Spanish goalkeeper Unai Simón commit. That goal gave Italy a 4-2 win on penalty kicks after a 1-1 game that extended into extra-time at Wembley Stadium in London, England.

Álvaro Morata of Spain had just missed, and the game was 3-2 in favour of Italy in penalty kicks. Jorginho conversion had Italians all over celebrating their ticket to the Euro Finals where they will face either England or Denmark who play in the other semifinal on Wednesday.

Italy struck first when Federico Chiesa hit the ball between two defenders to the far post beyond the reach of Spanish keeper Unai Simón in the 60th minute.

But Spain responded with the equalizer twenty minutes later when the much-maligned Álvaro Morata crossed to Dani Olmo who returned the pass on the run and Morata, now inside the box, tapped it to the left while Italian goalkeeper Gianluigi Donnarruma went the other way.

Both teams tried everything in their arsenal but had no more goals to show for it forcing the overtime. The extension was more of the same, a high intensity half-hour, but again no goal.

The match had to be decided by penalty kicks.