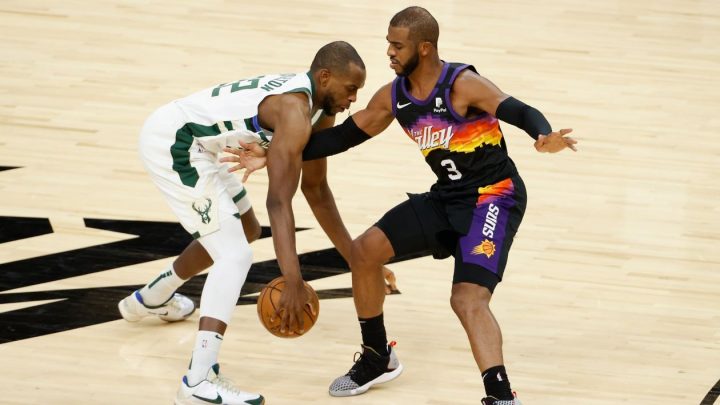 By Rubén Morales Iglesias: A rather strange NBA Finals tips off tonight at Phoenix with a team that only won the NBA title once, Milwaukee Bucks, and another, the Phoenix Suns, that has never won the NBA championship.

The Milwaukee Bucks beat the Atlanta Hawks 4-2 en route to the NBA Finals against the Phoenix Suns who dumped the LA Clippers. On Saturday, the Bucks qualified to the NBA Finals for the first time since 1974 when they lost to the Boston Celtics 4-3.

For their part, the Suns defeated the LA Clippers 4-2 as well to clinch their ticket in the Finals. This is their first trip to the Finals since 1993.

The Bucks are hoping Giannis Antetokounmpo, who’s been nursing a left knee injury, can play. Otherwise, they are depending on the likes of Khris Middleton and Jrue Holiday to take them all the way to glory.

Chris Paul and Devin Booker are the go-to-guys for the favourite Suns with Deandre Ayton hanging around the rim using his size on both ends of the court. Question is: Can they lead the Suns to the promised land?

So, while the others look on, the Suns and the Bucks will be sorting it out. Will the Bucks win a second title, or will the Suns finally lift the NBA trophy?

The first of the seven-game series tips off on Tuesday night.