Belize sees first cruise ship call in over a year 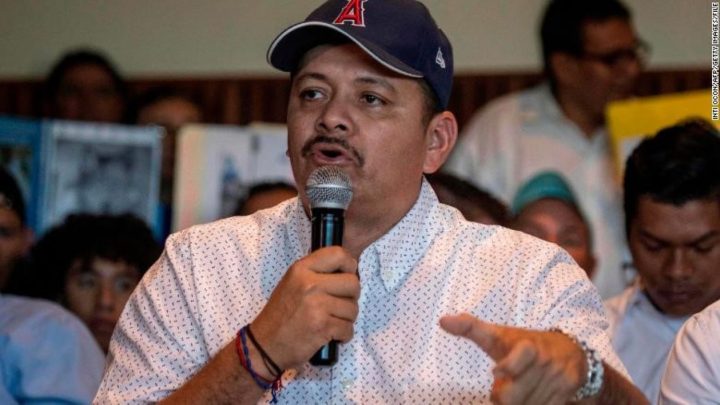 By Rubén Morales Iglesias: Yet another presidential candidate was arrested last night in Nicaragua in what the Nicaraguan Center for Human Rights referred to as a “night of terror.”

Medardo Mairena Sequeira is the sixth presidential candidate challenging president Daniel Ortega who has been detained by Nicaragua police, according to a CNN report.

They are all accused of masterminding the murder of four policemen and the kidnapping of 12 police officers in 2018, said the Nicaraguan National Police in a statement that was published on Tuesday morning.

The arrests come ahead of presidential elections within the next four months. President Daniel Ortega is seeking a fourth consecutive term. So far, more than 20 persons have been arrested, including the six direct opponents.

“They committed homicides, robbery with intimidation and kidnappings, extortion, rape, and caused destruction and widespread damage during the failed coup attempt of 2018,” the police statement said.

In 2018, Nicaragua went through generalized anti-government protests that saw 322 people killed and many more injured.

Navas uploaded a video before he was arrested in which he said he believed he would be detained: “If you are watching this video it is because they took me, because I am already in prison, because I am detained. One way or another I am prepared.”

Max Jerez, the President of AUN, also uploaded a video after tweeting that the police were entering his home: “If you are watching this video, it is because I am detained by the dictatorship or without means to communicate. This is the moment to act, the dictatorship wants to put an end to hope. We must continue this fight together for the freedom of the Nicaraguan people, let us not fall into despair, into immobilization.”

“We denounce the ridiculous accusations by the Ortega police against our leaders accusing them of committing horrendous crimes” said the farmers movement in a press release.

Lesbia Alfaro Silva, the mother of student Lesther Alemán, told reporters that her son was innocent and that police had entered her house without a warrant, CNN reported.