Be on the lookout for Deszina Smart, 14

Another 32 cases of COVID-19 detected

‘We had God on our side,’ Belize National Football Team Coach Dale Pelayo remembering the day the team was held up at gunpoint in Haiti 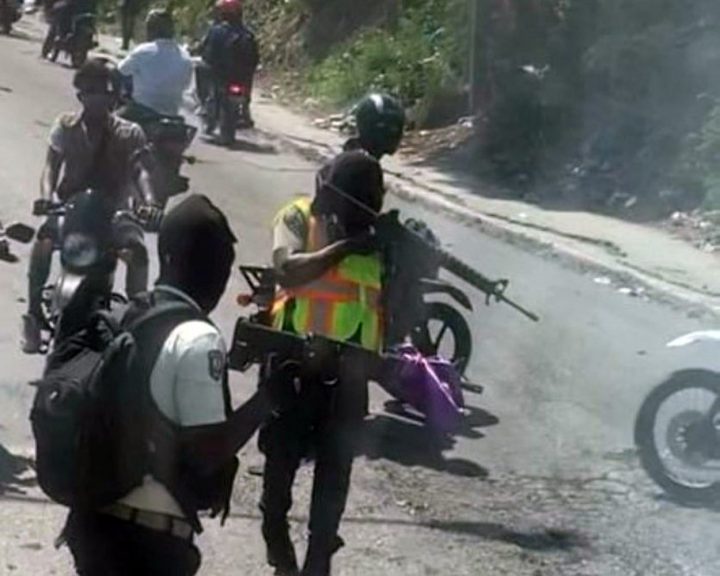 By Rubén Morales Iglesias: On March 22, the Belize Men’s National Football Team (BMNT) were a happy bunch arriving in Haiti for the World Cup qualifier against Haiti. Little did they know as they left the Port au Prince International Airport that they were about to be held up at gunpoint by rioters in the outskirts of the capital.

They lived a harrowing experience when about 50 armed men on motorcycles held up the bus. Luckily for them they were allowed to go, but after that they just wanted to leave. They eventually played the match but they certainly would not want to go back to Haiti.

“I was shocked, I felt a little bit down that the people of Haiti would go to the extreme of trying to get him out of power and actually taking his life. I think that’s a sad story,” said BMNT Coach Dale Pelayo who was seated in the front seat of the bus on March 22.

“It was sad to know that it led up to the president of Haiti being assassinated. With all that was going on, what the people of Haiti were going through, all the demonstrations and rioting he refused to let go of power. It’s sad that it had to end up like that, really sad.”

Pelayo said when he first heard of the President Moïse’s assassination it brought him flashbacks.

“It’s the first thing that came to my mind. Honestly, I believe that we were just lucky. We were really lucky, that we had God on our side, that nothing severe never happen to us, to see what actually happened now, to see what it led to, all demonstrations and rioting that was taking, it really brings back memories of the situation that we were in. We were really lucky that day.

At the time the BMNT didn’t know it but it later surfaced that the team bus was held up by a rogue police unit called the Fantom 509 who were up in arms because some of their own had been held hostage and they themselves had taken to the streets.

BMNT co-captain Woodrow West said he did not envision the situation would lead to the president’s death.

“I didn’t know it was going that far. I know they were having a lot of issues especially with the police officers and these guys were serious,” West said. “As you could have seen in the video these guys had their guns and stuff, so they were ready to war and fight against the president. So, I guess that was in the making or they had it planned and they were giving him time to react to them. I guess he didn’t and that is the result. That’s shocking to hear.”

“I know it could have been worst for us as well being there for that while when they were going through all that stuff. So, it’s kind of sad and shocking,” West added.

West said being in Haiti just a few days made them realize how troubled the country is. 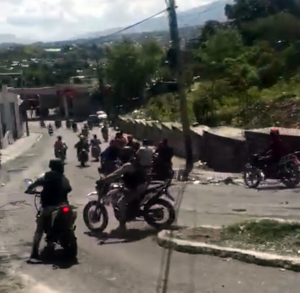 “Well, it’s kind of sad because we knew what the problem was. The police had problems with the president. That’s why they had those riots when we were there. They blocked the streets and whatever. They were fighting against the president. According to what we understood they owed the police their pay and something similar to what is going on here in Belize with the ten percent stuff. So, I think the president didn’t recognize the efforts the policemen were doing and with some additional problems that happened, that was the result.

“It’s kind of scary because then, to be a country like that and you end up killing your own president something is really serious in your country,” West concluded.

Coach Pelayo said he sometimes thinks that they could have been taken hostage.

“I sit down and I think that if those people, those rioters really knew who were on that bus what they could have done by holding us hostage and demand, because you see when we left from there, several weeks after weeks after you see that they took people hostage demanding millions of dollars from tourists, from different groups that visited Haiti. They were held hostage.”

“We were lucky that that never happened to us,” Pelayo said. “God was on our side. That’s all I can say.”