NACAC U-18, U-20, U-23 Athletics Championship starts today in Costa Rica, Belize not there

1.5 million vaccines donated by the US to Guatemala to be used for teachers, people with underlying diseases 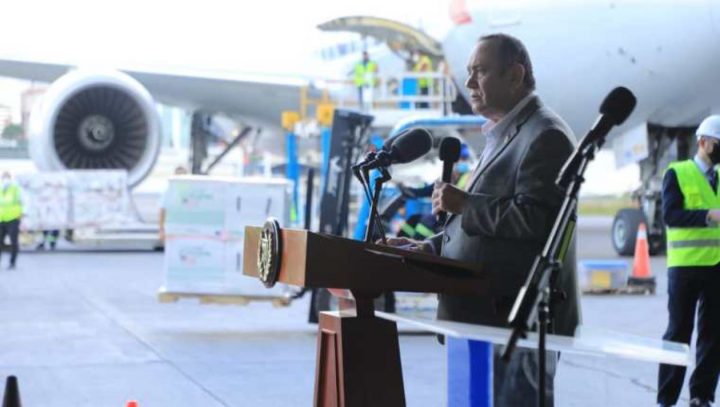 Giammattei said that in a month’s time they should be able to fully vaccinate all the teachers from both public and private schools. He added that the Guatemalan Social Security Institute (IGSS) has signed an agreement with the government to vaccinate 220,000 teachers in 24 vaccination centers countrywide.

He said that 500,000 vaccines will also be assigned to IGSS to reach 40% of the social security contributors who have underlying diseases such as cancer, renal failure, or HIV.

In Guatemala, IGSS is different than Belize’s system in that the social security institute also has its own hospitals, known simply as IGSS, and all affiliated citizens have direct access, hospitalization and medication included, to the services offered by its hospitals.

He added that the government hopes to vaccinate the entire population above 18 years of age by the end of 2021.

Giammattei thanked the US ambassador to Guatemala William Pop for the donation. The Guatemalan president also thanked American Airlines for flying in the vaccines free of cost.

Pop said that he hoped the vaccines would be administered as soon as possible.

The Guatemalan population has been clamouring for the vaccination campaign to speed up and have claimed the government is taking too long to acquire vaccines so much so that certain sectors have asked the Minister of Health to step down.

In response the recent surge in cases and reports that hospitals were having more patients than they can handle, Giammattei said that the government is going to be making extensions to the two main COVID-19 hospitals in the capital, the Villa Nueva Hospital and the Parque de la Industria Hospital. He said that they are adding 240 beds plus 70 intensive care units.