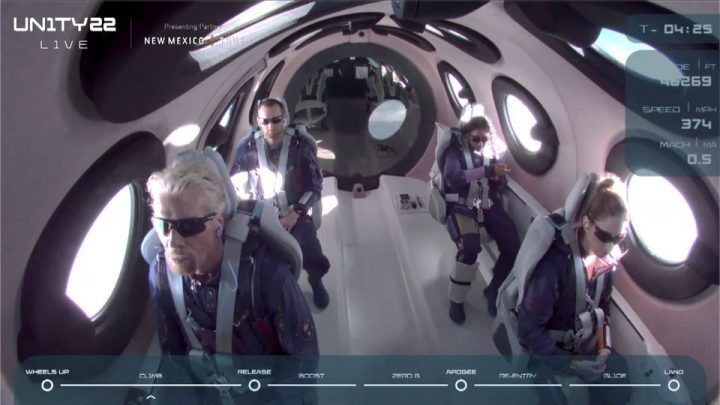 By Rubén Morales Iglesias: On Sunday morning British billionaire arrived on a bike at the takeoff facility of Spaceport America in New Mexico, greeted crewmates, and then boarded Virgin Galactic’s VSS Unity passenger rocket plane and rode off into space 50 miles above Earth and came back safely according to Reuters.

He landed back safely an hour later.

One week shy of his 71st birthday, the British tycoon beat Jeff Bezos of Amazon in the billionaire space race. Both along with Elon Musk of Tesla have been pioneering the space tourism industry.

Bezos had hoped to be the first into space but was beaten by Branson by nine days.

Sunday’s flight into space was Virgin Galactic’s 22nd test flight of its SpaceShipTwo system. The flight carried Branson, two pilots, and three others.

Reuters reported that space industry executives, future customers, and others including Musk were present to witness the launch.

Even Grammy-nominated R&B singer Khalid was on hand to perform his song “New Normal” when Branson and company came back from their flight which took them 53 miles into space. At 46,000 miles, Unity was released from the mothership and went up alone to the 53,000 miles where the pilots turned off the rocket’s engines for the crew to experience a few minutes of microgravity. Then the rocket geared up for re-entry and it descended back into Earth’s gravity landing one hour after it had been launched.

This was the fourth flight with a crew on board.

Virgin said it will do two more test flights before it starts its commercial flights. 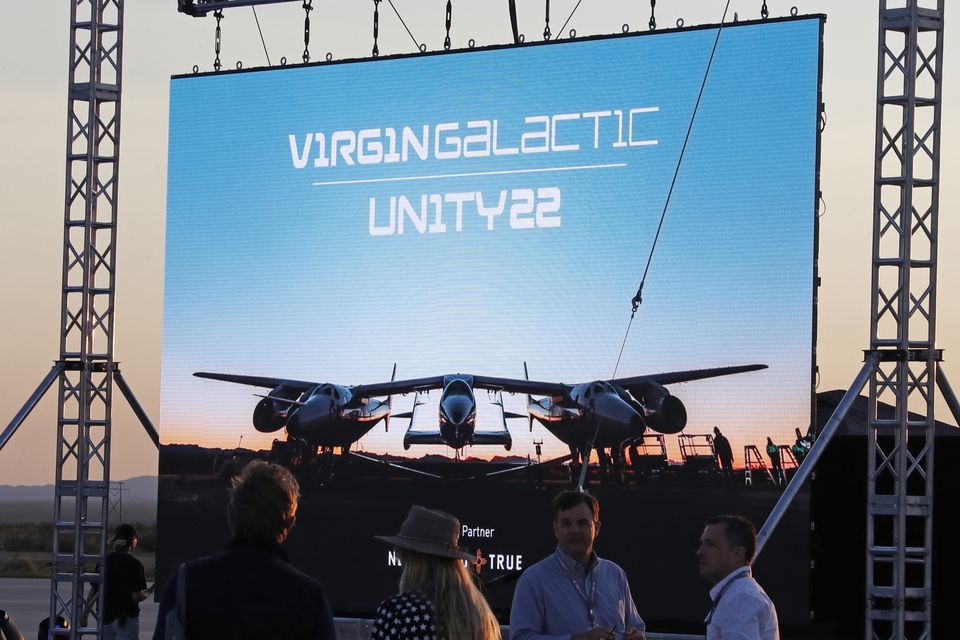 Reuters reported that there is no shortage of clients. Several hundred customers have reportedly booked reservations for the flights which will cost approximately US$250,000 per round trip.

Swiss-based bank UBS has reportedly said the space tourism market will be valued at US$3 billion by 2030.

“I was a kid once, standing with my dad and my sister, looking up at the moon, being told that Buzz and Neil were standing on it,” Branson said on NPR’s Morning Edition last week. “And I just thought, I’ve got to go to space one day.”

Neil Armstrong and Buzz Aldrin were the first astronauts to walk on the moon on July 20, 1969.

And talking about that first moonwalk when Apollo 11 landed on the moon, Bezos is honoring that flight by doing his own suborbital flight on his rocketship, the New Shepard, on July 20.

But not to be outdone, Bezos company Blue Origin has said that their flight will go higher into space. Blue Origin said New Shepherd will surpass the 62-mile-high-mark known as the Kármán line.

The Kármán line is the boundary between Earth’s atmosphere and space as set by an international aeronautics body.

Contrary to that, Reuters said both U.S. space agency NASA and the U.S. Air Force define an astronaut as any person who flies higher than 50 miles.

But Virgin Galactics and Blue Origin are not alone. There is also a third company in the space race. That’s Musk’s SpaceX which is set to send its first all-civilian crew into space in September. Musk is reportedly not in the flight.