UDP RECALL CONVENTION: Patrick Faber wants to be Leader of the Opposition again 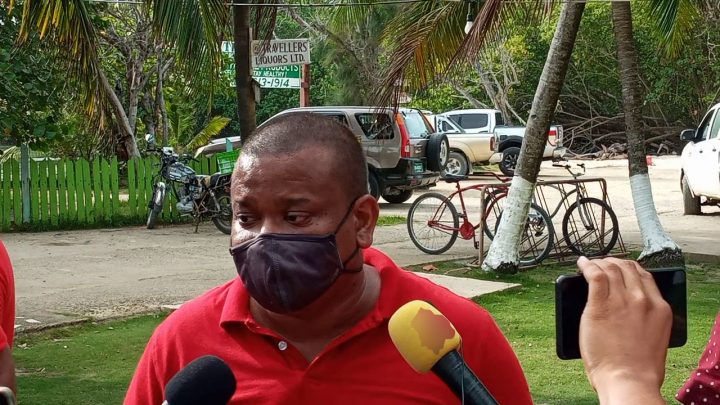 By Aaron Humes: After today’s results in Belize City, United Democratic Party Leader Patrick Faber believes there is one true Leader of the Opposition – him.

So, will Faber demand Mesopotamia colleague Moses “Shyne” Barrow’s head – and his job? He said that after the recent dismal showing at the House of Representatives on July 2, most people do.

“I will work on that. That is a matter for my parliamentary colleagues. But of course, I am now going to try to ensure that that happens. I think the vast majority of people in my party, the masses, but also the wider population of Belize believes that I am the best person to be Leader of the Opposition. I think that is very clear from all that has been said in the mainstream (media) but also in social media; people were not happy with the situation that was happening with the new Leader of the Opposition,” Faber stated.

Now that he has, he added, his party’s endorsement, however grudging, he will work to unify the two offices, most recently separated prior to this year in the 1980s (George Price and Florencio Marin, Sr. for the PUP, Curl Thompson and Manuel Esquivel for the UDP).

Last Friday’s meeting of the House saw Faber shuffled to the fourth chair, well away from Barrow, Hugo Patt, and Tracey Taegar-Panton. And he hasn’t forgotten it: “I was always the Leader [of the party] and it was in fact a disrespect for the Leader of the Opposition to put me at seat number four, below my deputy leader and below another member that does not supersede me in terms of the number of years [served] or the margin of the vote.”

The party did not look united that day, and it was clear for all to see, Faber noted. It is now time to put rivalry aside and unite the party to work against the governing PUP, starting with the House Committees meeting to discuss recent legislation. Faber said he plans to be at those meetings with fellow parliamentarians on Monday and begin the work of bringing all who want to work together under one UDP banner.