Five men accused of Shipyard kidnapping out on bail 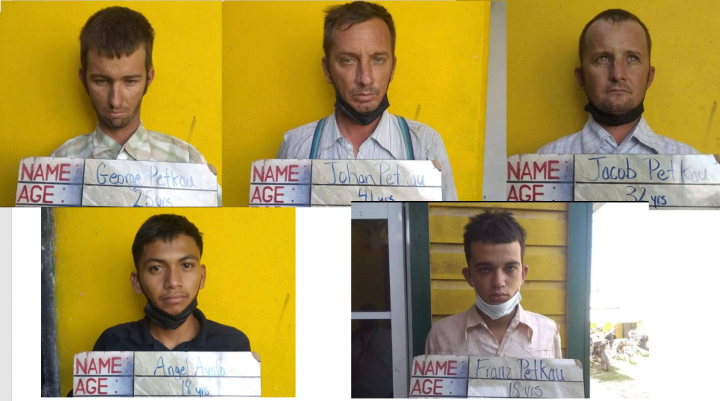 By BBN Staff: The five men accused of kidnapping 20-year-old Abram Andres in Shipyard, Orange Walk last week are out on bail.

The men were represented by attorney Leslie Hamilton.

They are to report to the Orange Walk Police Station on Tuesdays and Fridays until determined by the court, plus they were ordered not to interfere with any witnesses and the claimant.

They are to report to the court on August 10.

Initially, six people were arrested and charged last week for the kidnapping of Andres, the four Pekau’s, Ayala, and a minor.

The sixth person was a minor who was granted $5,000 bail plus a $5,000 surety last week Wednesday. The five who were granted bail today had been remanded to the Belize Central Prison last week.