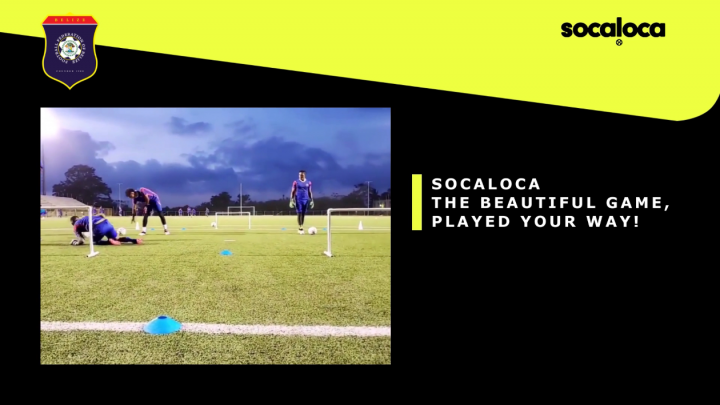 SocaLoca is a football platform made for players, fans, coaches, team managers, tournament organizers, academies, clubs, and scouts. Soca Loca says it “promotes participation levels and the organization and digitization of football at grassroots and professional levels.”

According to the SocaLoca website, their platform is used in 11 countries by 5,000 footballers, 900 teams and 40 tournaments.

After signing the agreement with SocaLoca, the FFB signed a memorandum of understanding with SocaLoca and is now encouraging its affiliates to use the app.

SocaLoca said its mission “is to provide a suite of self-service tools which then help to ‘organize football’ within a country.”

It said that users can create their personal and team profiles and can run their tournaments using the application and that the FFB will benefit as it will have access to the data collected.

MatchMakR and FFB expect amateur players, academies, and local tournament organizers in Belize to use the app.

The FFBs tournaments will be using the ‘SocaLoca competition module’ which in turn will integrate the individual players and team profiles.

Lionel Foy, MatchMakR CEO, said his organization is happy it’s partnering with the FFB, and it will work together with Belize’s governing football body to better organize their grassroots football tournaments.

“It has taken us nearly 2 years to develop and test the whole SocaLoca ecosystem and we are excited to be able to see it being adopted by a National FA. The benefits in terms of insights on what is going on the ground for FFB will be ground-breaking,” said Foy.

“Our Federation is ecstatic that our rapid infrastructural development is also keeping pace with technology and see this agreement as a win-win for both organizations,” said FFB President Sergio Chuc.

MatchMakR said the the SocaLoca system will help the FFB “make informed decisions on policy, resource deployment and developing football within Belize.”

“SocaLoca will give us the ability to communicate and engage better with all the teams and players participating in our local tournaments. We are also looking forward to the insights that the platform can provide once the adoption is high on the ground,” said FFB Head of Competitions Rafael Avila.

MatchMakR and the FFB said they “are now in the training and planning phase of rolling out SocaLoca within the footballing pyramid of Belize.”

The SocaLoca app is available worldwide on the Google and Apple stores.