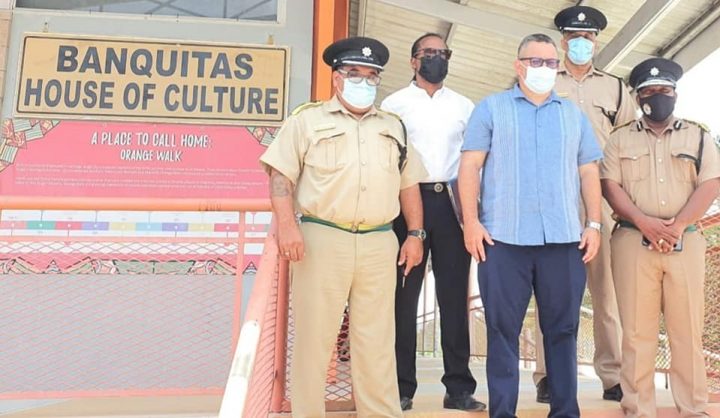 Musa began the tour in the northern districts on Monday with the Orange Walk and Corozal Police Stations. Musa was accompanied by the Chief Executive Officer – Mr. Kevin Arthurs, the Commissioner of Police – Chester Williams, President of the BPD Association – Sgt. Jermaine Hyde & other support staff.

“During this tour, Minister Musa & the team, carried out an inspection of the guard in each district, police stations inspection, group meeting with all the police officers, one & one discussions with police officers requesting an audience, presentation by the Ministry of Health pertaining to the national vaccination campaign…” the Belize Police Department explained.

Musa continued his tour today with the San Pedro and Caye Caulker Police Stations. The tour is expected to run until July 19.