Six people taken to court for a gun, one takes the charge and gets five years in jail 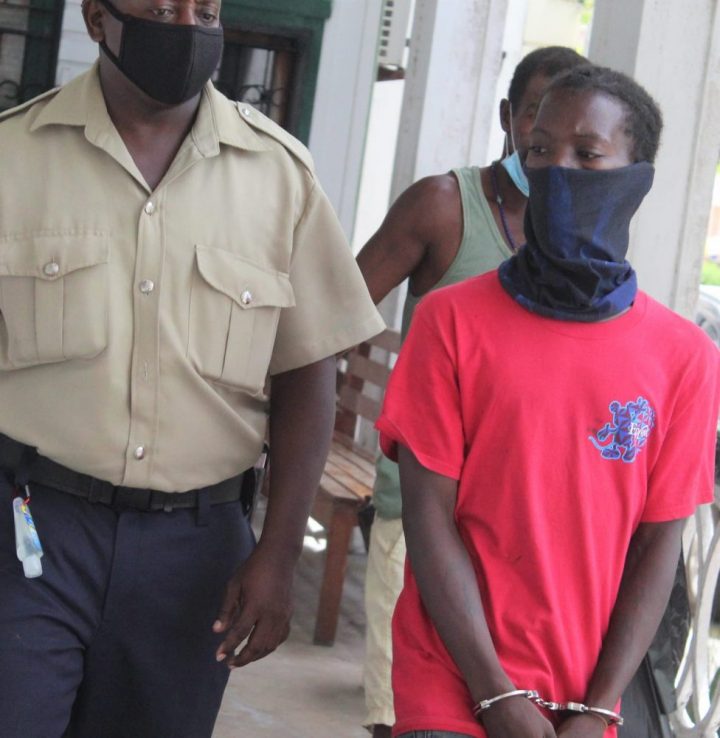 By BBN Staff: Six people were taken to the Belize City Magistrate’s Court yesterday over firearms-related offences but one of them owned up to the weapon so the others could go free.

Police arrested homeowner Allison Williams, along with 19-year-old Faceburn Petillo, 28-year-old Phillip Dougal, 19-year-old Jahyra Samuels, 39-year-old domestic, Rashanta Moody and 22-ear-old Kareem Thurton in connection with a .9mm pistol loaded with 11 live rounds which police found inside a wall between the bedroom and bathroom of Williams’ Rivero street home during a search.

In court, Thurton pleaded guilty to one count of kept firearm without a license and kept ammunition without a license, admitting that the firearm was his, that he had discharged it earlier that night, then ran and hid it in Williams’ house, as she happened to be his neighbour. Thurton further told Chief Magistrate Sharon Fraser that he uses the gun for his protection as he is a target in an ongoing street war, despite not being affiliated with any criminal gang.

Thurton apologized and said that he never meant to endanger anyone at the house and that he was only using the weapon for his own protection. Chief Magistrate Fraser sentenced him to two five-year terms to run concurrently, leaving him to only serve a total of five years instead of 10.

Following his guilty plea, prosecutor Corporal Carlos Poot, withdrew the charge from the other defendants and they were released.