Protests continue in Cuba, more than 100 arrested, one dead 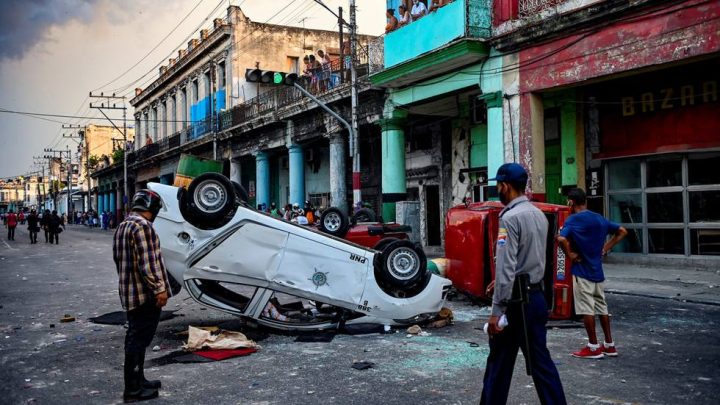 By Rubén Morales Iglesias: More than 100 people have been arrested and one person has died, reports anti-government activists in the protests in Cuba, according to CNN.

Though the Cuban government reported one death, they have not said how many have been arrested or have been injured.

CNN also reported that Movimiento San Isidro, a movement that promotes artistic expressions in Cuba, posted a list of activists that they say were arrested by Cuban authorities.

CNN reported that a number of CNN journalists in Havana had been witness to a number of people being arrested and thrown in the back of vans during the protests.

Complaining about hunger and lack of medicines and chanting for liberty, the protests have been ongoing since Sunday in cities throughout Cuba after starting in a small city of about 46,000, called San Antonio de los Baños.

CNN reported that the people in that city had been suffering for nearly a week with electrical power cuts.