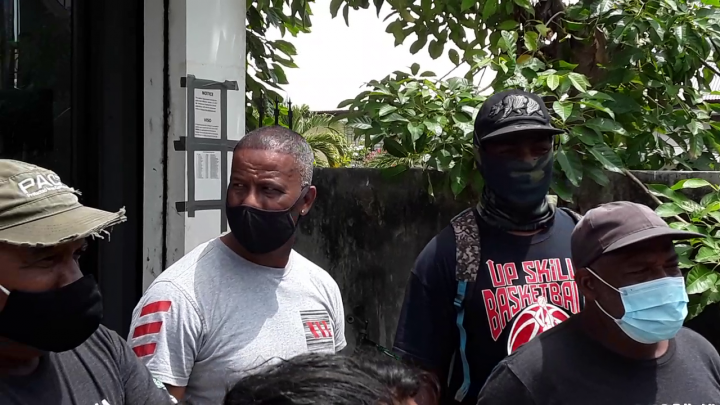 By Aaron Humes: Frustrated by failing to gain the ear of Port of Belize management on its plans to offset the impending move of sugar export to Big Creek Port and finalizing a collective bargaining agreement for its staff, the Christian Workers’ Union this week initiated notice of impending industrial action after 21 days to the authorities.

Stevedores working the sugar barge, said CWU president Evan “Mose” Hyde today, have already started on a go-slow since last Thursday, which he said would end once negotiations have formally begun, but “the clock is ticking.”

“The clock is ticking because truth be told, we are actually on a go-slow on the sugar barge since last week Thursday, and so that is how we believe we have been able to get attention because we have tried multiple diplomatic channels: writing the different [authorities], we had a press conference, all of that is in an effort to try to have everybody understand: listen, we are stuck, and there’s a lot of buildup of negative energy; let’s get around a table,” Hyde explained.

Unfortunately, it appears that only when they take dramatic action like this, he added, do the powers-that-be listen, as was seen around this time last year when workers downed tools after learning their pay would be cut and 35 of them would be made redundant.