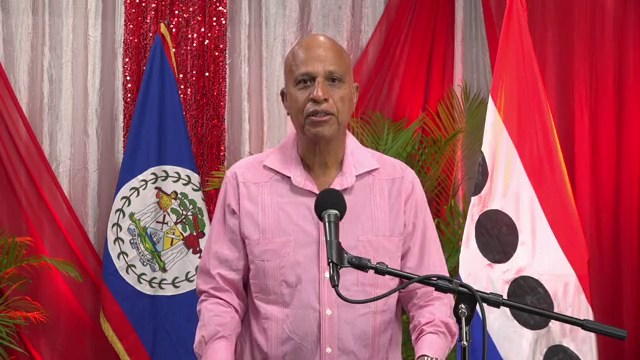 By Benjamin Flowers: Former Prime Minister of Belize Dean Barrow reached out to Cuban Ambassador to Belize H.E. Lissette Perez this week, with words of encouragement as civil unrest in Cuba continues to make international headlines.

“I was distressed to learn of the recent developments in Cuba. It is clear that your country is going through an especially difficult period in view particularly of the pandemic and the unrelenting international chokehold. It is not surprising, therefore, that the people are suffering the sort of privation that causes an outcry. I believe, though, that your Government has done its very best in the circumstances to look after the health, life, and limb. I thus sincerely hope that the Government and people of Cuba can together find a way through the crisis. Best Wishes,” Barrow said.

Barrow was also joined by former Prime Minister Said Musa, who publicly declared his support for the government and people of Cuba, and called for an end of the economic embargo imposed by the United States.

Ambassador Perez said that she was grateful for the position that the former Prime Ministers and even the current administration has taken in showing solidarity with Cuba.

“The Belizean government has always been in solidarity with Cuba. These two former PMs have visited Cuba, and walked down our streets, and know that our people are free to say what they want to say and express themselves. We are very grateful for the support that all CARICOM countries have given to Cuba, including Belize.”

She noted that she has received official communications from the Ministry of Foreign Affairs, emphasizing solidarity and support.