Attorney for Kareem Martinez pleads for due process: My client is innocent until proven guilty 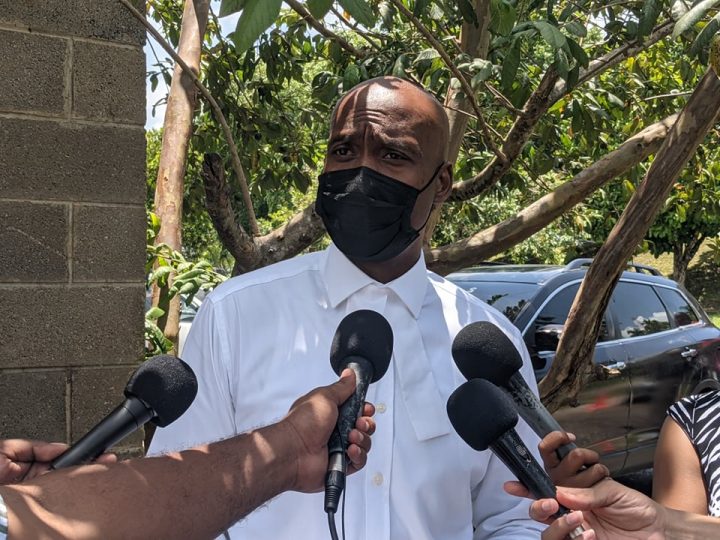 Benjamin Flowers: Attorney Hurl Hamilton is calling for the public to allow for due process to take its course in the manslaughter trial of Police Corporal Kareem Martinez.

Martinez, who stands accused of the shooting death of 14-year-old Laddie Gillett, received bail in the sum of $8,000 or two sureties of $4,000 each in the Belmopan Magistrate’s court this morning.

Hamilton explained that, when bail considerations are made, the court assesses the likelihood of the accused showing up for trial.

“There is nothing in our respectful view that suggests he should not be granted bail. He is not a foreigner, he is a born Belizean. So every indication is that he is going to show up for his court date,” Hamilton said.

He declined to share any information on the case but stressed that police are investigating the matter and the public should allow for the process to run its course.

“Everybody is entitled to due process. Everybody is innocent until proven guilty under the Belize Constitution. Let’s give the process a chance. The court will decide whether Mr. Martinez is guilty or not guilty. But let’s not jump to conclusions based on what we heard or what we so far,” Hamilton added.

He also offered condolences to the family and emphasized that the loss of life is regrettable, particularly because Gillett was still a teenager. Hamilton said that the circumstances under which Gillett died are still unclear, and it is unknown who is, in fact, to blame for the incident.

Martinez met bail and was able to go home shortly after. He is scheduled to return to court on October 18.