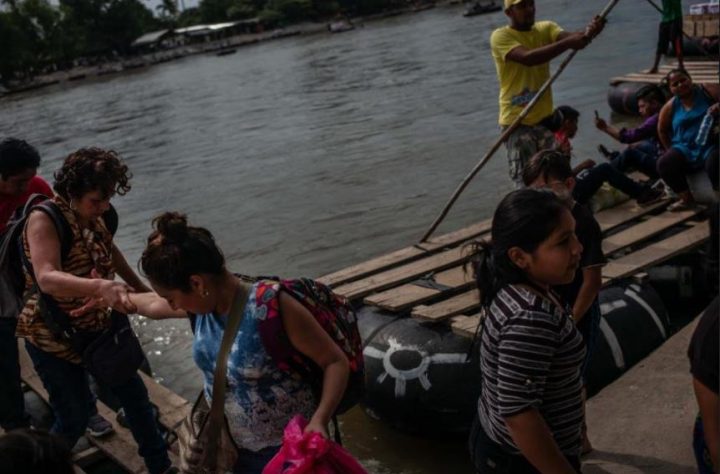 By Rubén Morales Iglesias: As much as when one thinks of migration northwards, one thinks of the United States of America, however, many Latin Americans are seeking Mexico as a final destination.

Reports out of Mexico say that more than 70,000 people sought asylum in Mexico. That is a 3,000 % increase in five years. According to the Mexican Commission for Refugee Assistance (COMAR), 2,137 persons applied for asylum in Mexico in 2014. Five years later in 2019, that number had skyrocketed to 70,418.

The United Nations High Commissioner for Refugees said that in 2020 there were 82.4 million people in the world who were forcibly displaced “as a result of persecution, conflict, violence, human rights violations or events seriously disturbing public order.”

Andrés Ramírez Silva, head of COMAR, said that due to Mexico’s size it has been able to absorb the refugees, particularly from Central America, but that is becoming an emergency.

Mexico asylum protocols require that asylum applicants remain in the state in which they applied while the application is processed, normally between 45 and 90 business days. This, however, has created a problem because the majority, up to 71 %, apply in the State of Chiapas. Since Chiapas is one of the poorest states in Mexico, the asylum applicants complain of not being able to work, particularly since they don’t have the necessary documentation, while they wait for their applications to be processed. That is complicating the situation.

Though only 600-700 foreigners can be attended to daily, the applications in Chiapas are averaging 2,000 a day according to human rights organizations.

Of the 70,000 plus applications received in Mexico in 2019, only 14,000 were processed. That approximately 20 %, which means that there is a long list of people waiting for their papers to be resolved.

To make matters worst, if the applicants leave the state where they applied, COMAR considers the application abandoned and the asylum seekers have to start the process again in another state.