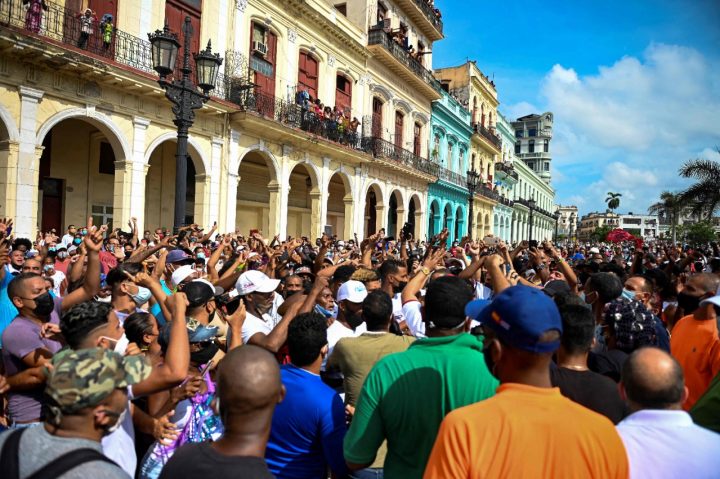 By Rubén Morales Iglesias: Cuba has the highest COVID-19 infection rate per capita in Latin America according to Reuters.

The report said the rising infections spiralling out of control, coupled with shortages of food and medicine, have help ignite the recent protests that shook the island-nation last week.

Reuters said Cuba that has a population of 11 million had approximately 4,000 confirmed active cases per million people during the last week. That puts Cuba at nine times over the average in the world.

It is contradictory that a country that has the highest number of doctors per capita and that was able to send, what Reuters calls its “white coat army” to help other countries, and has developed five vaccines, two of which according to Cuban data are more than 90 % effective, is now struggling with the pandemic.

Still, Cuba’s total cumulative cases per capita since the beginning of the pandemic are lower that the world average. Plus, the cumulative number of deaths is less than a third of the global average.

Cuba’s projections aim at 70 % of the population to be vaccinated by September.