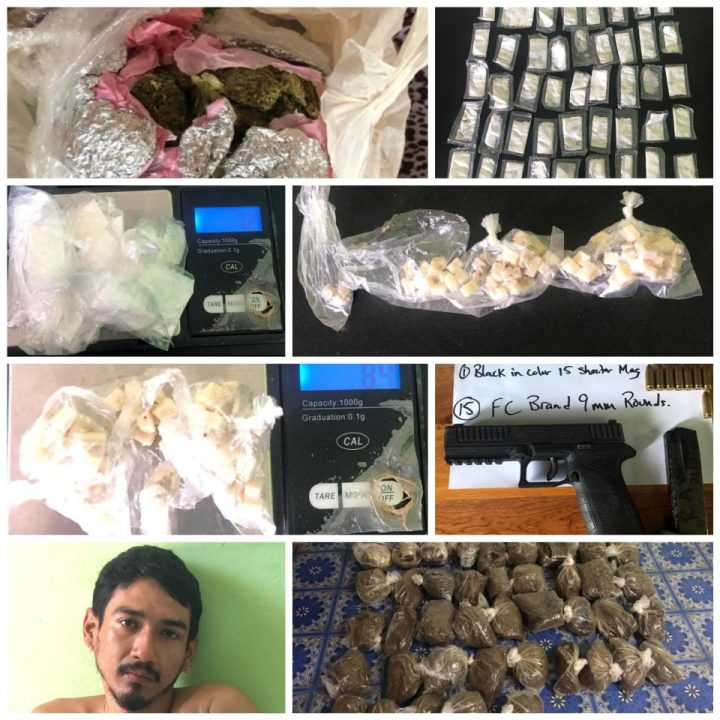 By Aaron Humes: The Police Department’s K-9 Unit has been active in the North, sniffing out drugs and a firearm.

At six on Wednesday, officers recovered 88 grams of cannabis from an empty lot on Sittee River Street, Orange Walk Town; this was deposited as found property as no one was in the area.

In Corozal Town, 24 year old mechanic Michael Whittaker of San Andres Road allegedly tried to dispose of a black 9mm pistol and 15-shot magazine containing 15 FC rounds by throwing it over his fence. He was unsuccessful and has been charged with keeping a firearm and ammunition without having been granted a gun license.

Finally, police recovered 48 pounds of cannabis in parcels on a empty lot near the Four Mile Lagoon, Orange Walk District which was deposited as found property.