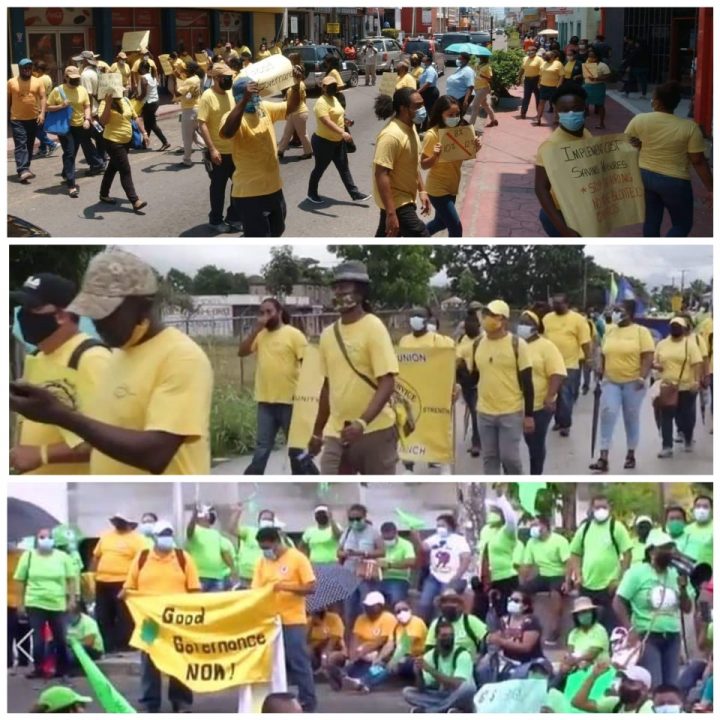 Flowers said today that the PSU’s Council of Management discussed the issue of the Belize Christian Academy student being shot dead by police last week and decided instead only to issue a press release on the matter, condemning the action and calling for an independent investigation into the issue and reforms for the Belize Police department.

Gillett was shot on the night of July 14, and since then, numerous small protests have been held in various parts of the country, to condemn police killings. Flowers noted that the Union has seen those protests and that some public officers have been attending them on their own accord with no official backing from the union.

“The PSU as an entity has not organized any such gathering but public officers across the country, where those small gatherings and vigils are concerned they have in fact supported,” Flowers said. “It’s a double-edged sword as they would say…primarily because, even as we were celebrating our 99th-anniversary last week, our membership was a bit skeptical about having mass vigils and these gatherings and these health fairs that we were pushing. So it’s not easy at this time to mobilize our public officers as we would like to.”

In April, as the Government of Belize prepared to implement a 10 percent salary deduction for teachers and public officers, the PSU joined with the Belize National Teachers Union to mobilize large protests, block roads, and host motorcades to rally against the pay cut in spite of and against COVID-19 regulations concerning mass gatherings, social distancing, and the like.

Things between the union and government have sinced calmed down, but reports this week about government CEOs being excluded from the salary reduction have prompted a press conference this week and the union openly discussing its options in protest of the decision.