Cayo woman was stung to death 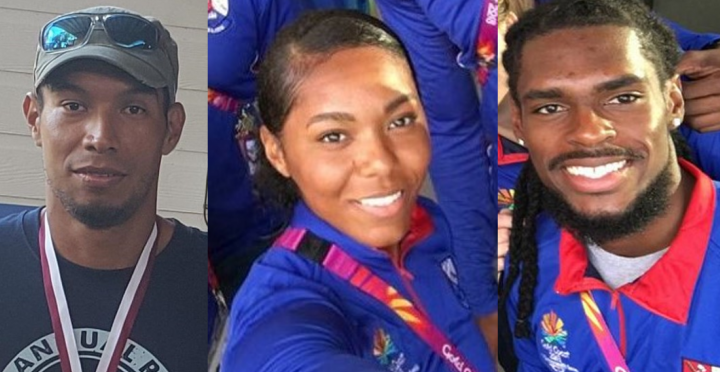 By Rubén Morales Iglesias: Samantha Dirks and Shaun Gill will be Belize’s Flag Bearers at the Olympics Opening Ceremony on Friday, July 23 at 5:30 am (8:30 pm Japan Time) in Tokyo, Japan, according to the Belize Olympic and Commonwealth Games Association, commonly known as the National Olympic Committee (NOC).

In an effort to promote gender equality, the International Olympic Committee changed its flag bearing policy and this will be the first time that all countries will have two flag bearers, one female and one male, at the opening and closing ceremonies.

Amado Cruz will do the honours by himself for the Closing Ceremony on August 8 because Dirks will have left by then.

Dirks and Gill are representing in Athletics and Cruz in Canoeing.

Dirks, Gill and Cruz will be joined for the Opening Ceremony by Athletics president and coach Deon Sutherland, and Chief of Mission Herman Pastor Jr.

Cruz, who has been training under Spanish Coach Foad Buchta Mohamed at a high-performance center in Seville, Spain for the past three weeks, traveled to Tokyo on Wednesday, July 21, and arrives on Friday to be there for the opening.

Dirks, Gill, and Sutherland arrived in Tokyo on July 19 and according to the NOC they are currently in Tachikawa at a training camp organized by Pan Am Sports.

Two more persons will be joining them as part of the Belize Delegation.

The President of the Belize Canoe Association Elvin Penner leaves on Sunday, July 25, and arrives on Tuesday, July 27.

Canoeing coach Mohamed leaves Spain on July 25 and arrives on July 27 as well.

Apart from having to undergo two COVID-19 PCR tests prior to departure and present the proof of negative results signed by a doctor, the athletes were also required to monitor and record their temperature daily for two weeks before arriving in Tokyo. They continue to be monitored and tested almost on a daily basis while there as well.

The NOC said that because of the strict COVID-19 protocol in place, an itinerary of the practice and event locations for each delegation member had to be submitted to the Japanese Government for approval. All locations are required to be within the approved Tokyo Games facilities said the NOC,

For the Closing Ceremony on August 8, Cruz will be the flag bearer and will be accompanied by the two canoe officials, Penner and Mohamed, and Chief of Mission Pastor.

Gill of the Athletics delegation leaves Tokyo on August 3, Dirks and Sutherland leave on August 7 while the rest of the delegation departs on August 9.