Prime Minister explains letter regarding salaries for Ministry CEO’s: ‘It was only fair’

Get vaccinated on Saturday at Finnegan Market in Belize City

The Olympic Games started this morning in Tokyo, Japan, without fans 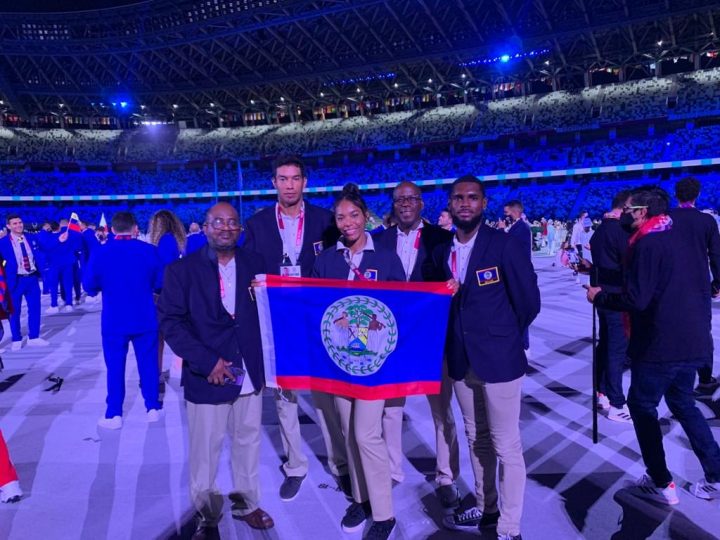 By Rubén Morales Iglesias: The Olympic Games started this morning in front of an empty Stadium in Tokyo, Japan. There were only 900 plus invited guests.

Five Belizeans participated in the Opening Ceremony. The two flag bearers, Samantha Dirks and Shaun Gill, who are competing in Athletics; Amado Cruz, who will be competing in Canoeing; Deon Sutherland who is doubling as President of the Belize Athletics Association and coach; and Head of Mission Herman Pastor Jr.

Japanese tennis player Naomi Osaka lit the cauldron at the 2020 Tokyo Olympics. Osaka is competing at the Games.

Thomas Bach, president of the International Olympic Committee (IOC), praised athletes for their perseverance during the pandemic and asked them to keep in solidarity.

“Solidarity fuels our mission to make the world a better place through sport,” Bach said. “Because of this solidarity, we can be here together tonight.”

“We can only become stronger if we stand together,” said Bach explaining that the IOC has adapted the Olympics motto to our times.