The state of insecurity in Haiti, with gangs proliferating Port au Prince, remains the same 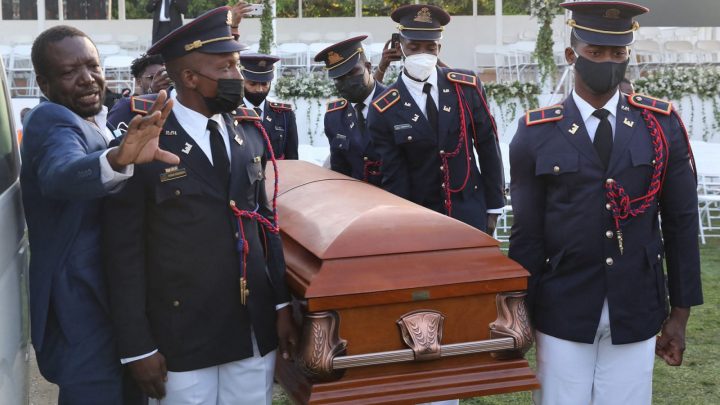 By Rubén Morales Iglesias: Even as assassinated Haitian President Jovenel Moïse was being buried on Friday, Haitians, particularly those in capital Port-au-Prince live in fear of being kidnapped by gangs that control 60% of the capital, said CNN.

As the world looks on Haiti to see if the French-speaking Caribbean country will be able to come out of the quagmire it’s been for most of its history, the people within are more concerned about security, having a home, and having enough food on the table.

People, rich and poor, from shanty towns and from rich areas, and who have been kidnapped at home, in buses, in churches, practically anywhere, are concerned that the fight for power will become more embittered.

The two prime ministers Claude Joseph, who stepped down, and Ariel Henry, who had been appointed by Moïse just before he died and has now taken over, have put their differences aside. But there is a lot of distrust in Haiti, particularly from the voices that had been calling for Moïse to step down. For them, both Joseph and Henry are Moïse’s men.

But as that happens, the gangs keep at what they have been doing; kidnapping, burning buildings, provoking more violence.

CNN cites cases of people of all walks of life who have been kidnapped and who have had to come up with ransom money. Some, still paying for the loans they contracted to pay the ransom. Some, fearful they’ll be kidnapped again.

Others blame the police for behaving as badly as the gangs. The gang that intercepted the Belize National Football Team bus back in March in Port au Prince is said to have been rogue policemen. And since then, the cases of kidnappings have increased considerably.

Inflation is spiraling, blackouts are common, plus food and fuel are scarce.

Haiti’s National Human Rights Defense Network said the gangs are in control of 60% of metropolitan Port au Prince and that more than 200,000 people are hostages in their own homes in neighborhoods where even the police won’t enter.

“The way things are, we cannot get a break,” said a woman who CNN would only identify as Merline because of security concerns. “We cannot leave the country and we cannot live in security inside of it.”

To compound matters, farmers who say they produce bananas, yams, avocados, sweet potatoes, and yucca, among other agricultural products, now can’t access the capital like before because of the gangs.

New Prime Minister Ariel Henry said the fight is against insecurity and that he is going to “reinforce the capacity of the armed forces to respond better to the crimes”.

But, for now, the problem is not that the president was killed, and a new man is in charge. The problem is that for many, nothing has changed, as expressed by a coordinator and spokesperson for the disabled community, Philogene Jocelin: “Whether the president is there or not, it doesn’t matter. His presence did not help us; his absence is none of our business”.