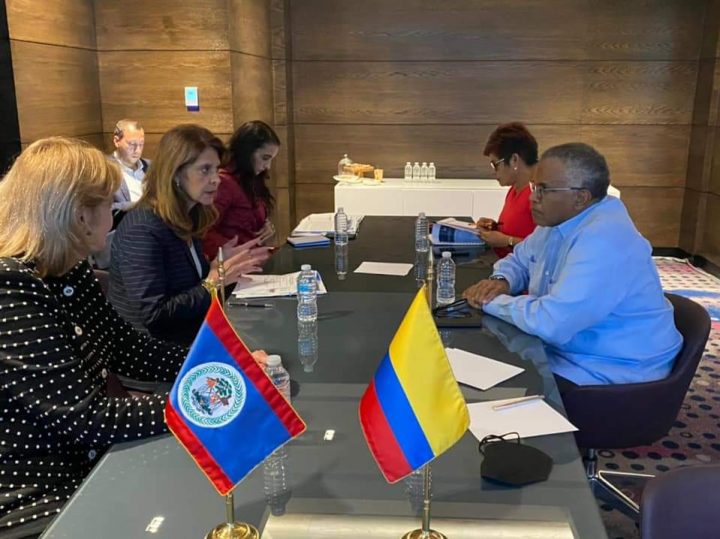 According to the official Twitter account of the Ministry of Foreign Affairs and Foreign Trade of Belize, the two ministers met as a part of the XXI Meeting of Foreign Ministers of the Community of Latin American and Caribbean States (CELAC), which was held in Mexico on Saturday.

Courtenay and Ramírez de Rincón, were among 32 Foreign Ministers gathered for the regional organization’s first face-to-face meeting since the beginning of the COVID-19 pandemic.

Mexico which holds the pro tempore presidency of CELAC, hosted the event in preparation for the VI Summit of Heads of State and Government to be held next September, according to the Foreign Ministry of Venezuela.