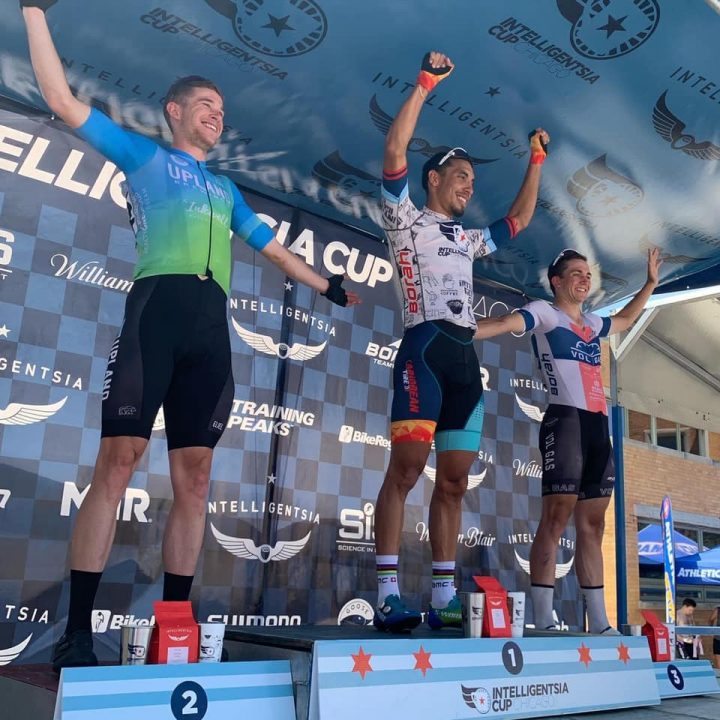 By Rubén Morales Iglesias: Belizean Oscar Quiroz of the 501 Valvoline Cycling Team closed off the Intelligentsia Cup in Chicago with a win on the final day in the Men’s Category 2 Elite at the William Blair Grand Prix at Goose Island Beer Company, Fulton St. on Sunday, July 26.

To finish off in grand style, Oscar placed 3rd in the Omnium, that is in the overall nine races in ten days.

Before Sunday, Oscar’s best finished had been 2nd on Day 4 at the Mundelein Grand Prix and 3rd in the Lombard Cycling Classic. Other than that, he placed 6th in the Winfield Criterium and Summerfest and in the South Chicago Kermesse and Bicycle Celebration, 8th in The Ray Whalen Builders Tour of Lake Ellyn, 12th in the Dennis Jurs Memorial Race, 44th in the Northwestern Medicine Lake Bluff Criterium and did not finish the first race, the West Dundee River Challenge.

This was Oscar’s second win in the United States. In 2018, he won the Healthy Newton Criterium in Georgia in the Men’s Category 3 Elite.

“We are so happy for our rider and can’t wait to celebrate with you when you get back,” 501 Valvoline Cycling Team posted on Facebook. “This of course wasn’t possible without Mr. Glen Flowers help and as well as our sponsor BTB and Caribbean Tires Valvoline. Also a huge thank you to Wasani Wanigi Castro and Giovanni Lovell you all played a major role today.” 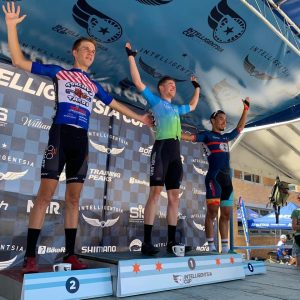 Castro best finishes at the Intelligentsia Cup were 5th at Mundelein and at South Chicago.

Castro has been racing in the USA Crits since June 5th at the Tour de Murrieta in California. His best races have been 1st in the Sunny King Criterium in Alabama and 2nd at Piedmont in Alabama where he raced in Cat 3/4.

Kaya Cattouse of the C-RAY D. Banner Cycling Team finished 12th in the Women’s Cat 2/3 Elite on Sunday in the William Blair Grand Prix. Kaya made the podium three times at the Intelligentsia Cup. She was 2nd at Mundelein and 3rd at Lake Ellyn and at Lombard.

The Intelligentsia Cup closes off on Sunday, July 25 with the William Blair Grand Prix at Goose Island Beer Company, Fulton St. in Chicago.