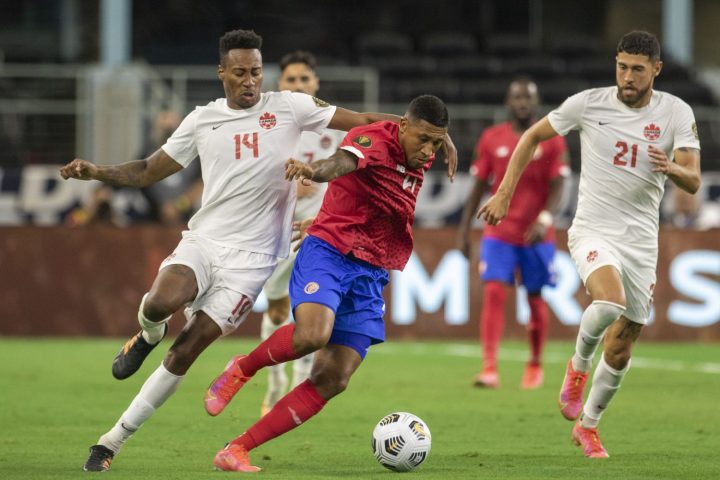 The Canadians proved too much for the Central American side that had made it to the quarterfinals quite comfortably and had high hopes of making the semifinals of the regional tournament.

Instead, Canada made it to the semifinals for the first time since 2007.

Stephen Estaquio sealed the deal in the 69th for the final 2-0 score.

“They played a very intelligent game and we didn’t have it,” Bryan Ruiz said according to Costa Rican newspaper La Nación.

“We had a game plan which I think we did not carry out at all. Despite that we had the desire and we gave it our all, I think we erred tactically, collectively, and even individually.”

Costa Rica may have found it difficult to develop the plan considering new coach Colombian Luis Fernando Suárez just took over the team three weeks ago, which played right into the Canadians game plan.

“I think it was sticking to our game plan and believing in ourselves,” midfielder Mark-Anthony told concacaf.com after the game. “We had a good week of preparation. We knew where their strengths and weaknesses are and we really tried to exploit them.”

So now, it’s Canada who’ll have a shot at winning the Gold Cup for a second time. But let’s not get ahead of ourselves here because first they must beat Mexico who qualified the night before on a 3-0 thumping of Honduras. And that’s not going to be an easy task.

“We have to stick to our game plan on whatever it is going against the Mexicans and then believing in ourselves. That’s a big thing,” Kaye said to Concacaf.com about their semifinal match against Mexico on Thursday at the NRG Stadium, Houston, Texas

The other semifinal will feature the United States and Qatar on Thursday at the Q2 Stadium in Austin, Texas.