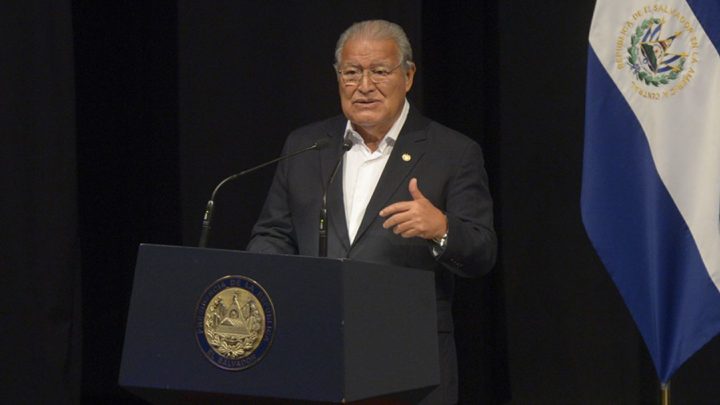 By Rubén Morales Iglesias: El Salvador’s ex-President of Salvador Sánchez Cerén and nine other former government officials were charged on Sunday in El Salvador with illicit enrichment and money laundering, according to Associated Press.

Five of the ten, including two women, were arrested on Sunday and taken to court under heavy security wearing bulletproof vests and armored helmets, according to elsalvador.com.

$351 million in government funds were allegedly swindled in the scheme known as the “Public Looting” scandal during the presidency of Mauricio Funes from 2009 to 2014.

Similar charges were brought up against the nine other officials, four of whom are said to be at large.

Funes is exiled in Nicaragua since 2016.

Both Sánchez Cerén and Funes are from the FMLN party whose supporters met outside the court on Sunday demanding the release of the officials who were arrested. The FMLN protesters said the men arrested are political prisoners.