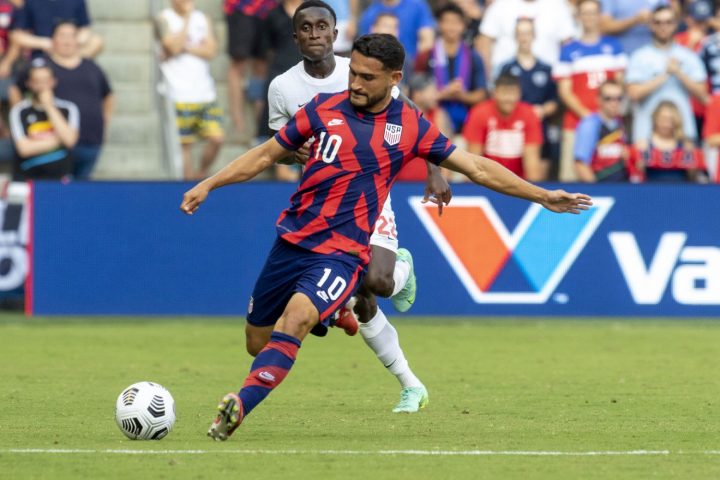 By Rubén Morales Iglesias: Jamaica put up a good fight against the United States in the quarterfinals of the Concacaf Gold Cup on Sunday at the AT&T Stadium in Arlington, Texas, but fell 1-0.

The United States got their only goal of the match in 83rd minute from FC Schalke’s Matthew Hoppe header off a cross from Cristian Roldan.

“Jamaica is really good in the transition,” Roldan said speaking with Concacaf.com in a post-game interview. “You have to respect their speed, their athleticism. I thought we did a better job in the second half of re-pressing and winning the ball back in their half.”

The Reggae Boyz pushed the United States into their defensive area looking for the tying goal, but it was not to be. The US were able to hold them off in front of a partisan crowd at Arlington.

“The dreams and hopes of 22 players, some 20 staffers and an entire nation, went up in smoke,” wrote The Jamaica Observer in their Monday edition.

Crashing out ahead of the semifinals was described as a “massive underachievement” by The Jamaica Observer since Jamaica have qualified to the semifinals for the past three consecutive Gold Cups. In 2019, they were also eliminated by the US but in the semifinal round.

The US will now face the AFC Asian Cup champions Qatar in the semifinals on Thursday at the Q2 Stadium, Austin, Texas. Playing as invited guests, Qatar made it to the semifinals on Saturday on a 3-2 win over El Salvador.

Mexico and Canada also qualified to the semifinals.