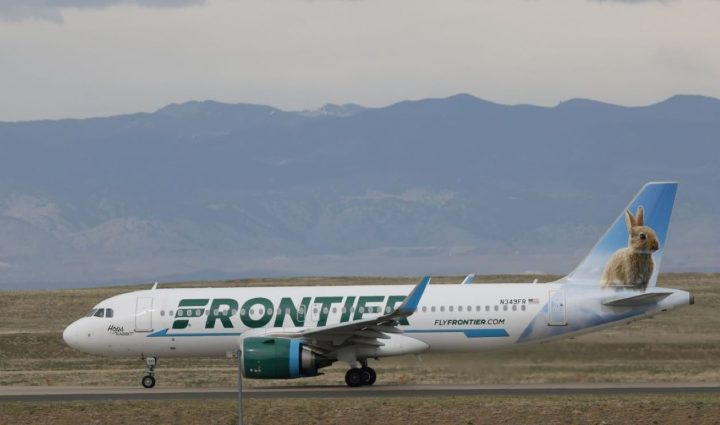 By Benjamin Flowers: The Belize Tourism Board (BTB) is celebrating the recent announcement by Frontier Airlines, a Colorado-based company, that it will begin new non-stop service to Belize in December.

The new flights, which are scheduled to start on December 11, will leave from Denver, Colorado and Orlando, Florida, beginning initially on Saturdays only; however, the BTB notes that there is potential for future growth.

“The BTB views the start of Frontier Airlines’ service to Belize as a critical expansion in the country’s international connectivity since it will afford visitors from the Western and South-Eastern United States greater travel options to enjoy Belize as a premier vacation destination,” the BTB said.

At the announcement of the new flights, Daniel Shurz, senior vice president of Frontier Airlines, said that the airline is known for its affordability as well its commitment to more sustainable flying as America’s Greenest Airline.

“Our fleet is comprised of the youngest aircraft in the industry and with each flight we’re maximizing efficiency. We look forward to welcoming visitors to Belize onboard our Green airline to explore the destination’s unique natural environment, wildlife and sun-filled activities as well as local residents seeking affordable travel to the U.S,” Shurz said.

The BTB notes that Frontier Airlines is the most fuel-efficient U.S. airline. Frontier has more than 100 A320 family aircraft in its fleet as well as the largest A320neo fleet in the U.S. The BTB explained that use of these aircraft, Frontier’s seating configuration, weight-saving tactics, and baggage process have all contributed to the airline’s average of 43 percent fuel savings compared to other U.S. airlines.