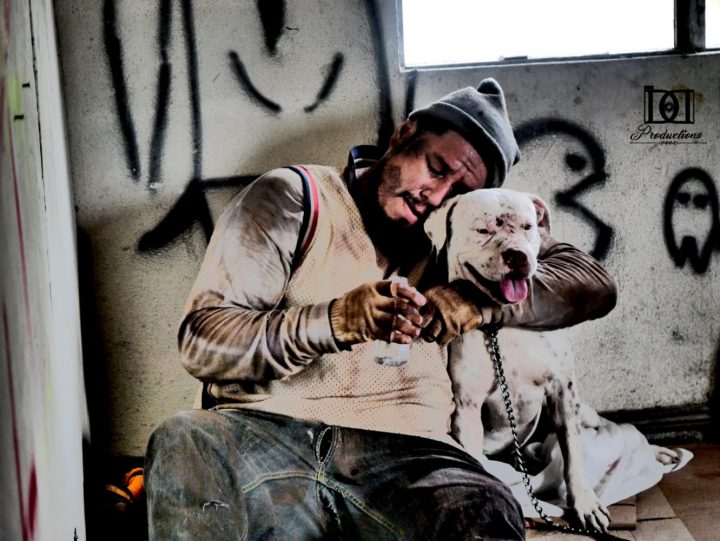 Philbert ‘Flako’ Leslie is a singer from Benque Viejo del Carmen who released his music album En la oscuridad (In the Dark) and is now promoting his music videos.

Ella se fue tells the story of a lost love that leads a man to the streets where he becomes a homeless vagrant, played by Flako in the video. Not being able to assume his loss, the man turns to alcohol and drugs, becomes homeless walking the streets of Benque Viejo del Carmen. He has some comfort from his faithful Pitbull. Sometimes he gets a coin or two from some of the townsfolk to hear him rap. The video has a sad ending as the terribly depressed man commits suicide.

The song, composed by Flako and produced by Junie Mar Studios of Dangriga, is Latin Reggae Dancehall Benque Viejo-style and has a catchy tune that will get you into the rhythm right away. The video was produced by Bamboo Studio Productions of Benque Viejo del Carmen.

The song is one of 14 from the En la Oscuridad (In the Dark) album. “I have three music videos out, En la oscuridad, this one I just released Ella se fue, and Cuando un amor se va (When a love is lost) from my new album Simples palabras (Only words),” said Flako in an exclusive interview with Breaking Belize News.

“The song deals with the disappointment a person lives during his life and doesn’t know how to overcome it. It’s like a love story in which you go into depression. There are many young people who do not know how to get over the disappointment and they end up doing alcohol and drugs. So, the video shows the kind of life they live and how they end. They end in the tragedy which is death,” Leslie said. 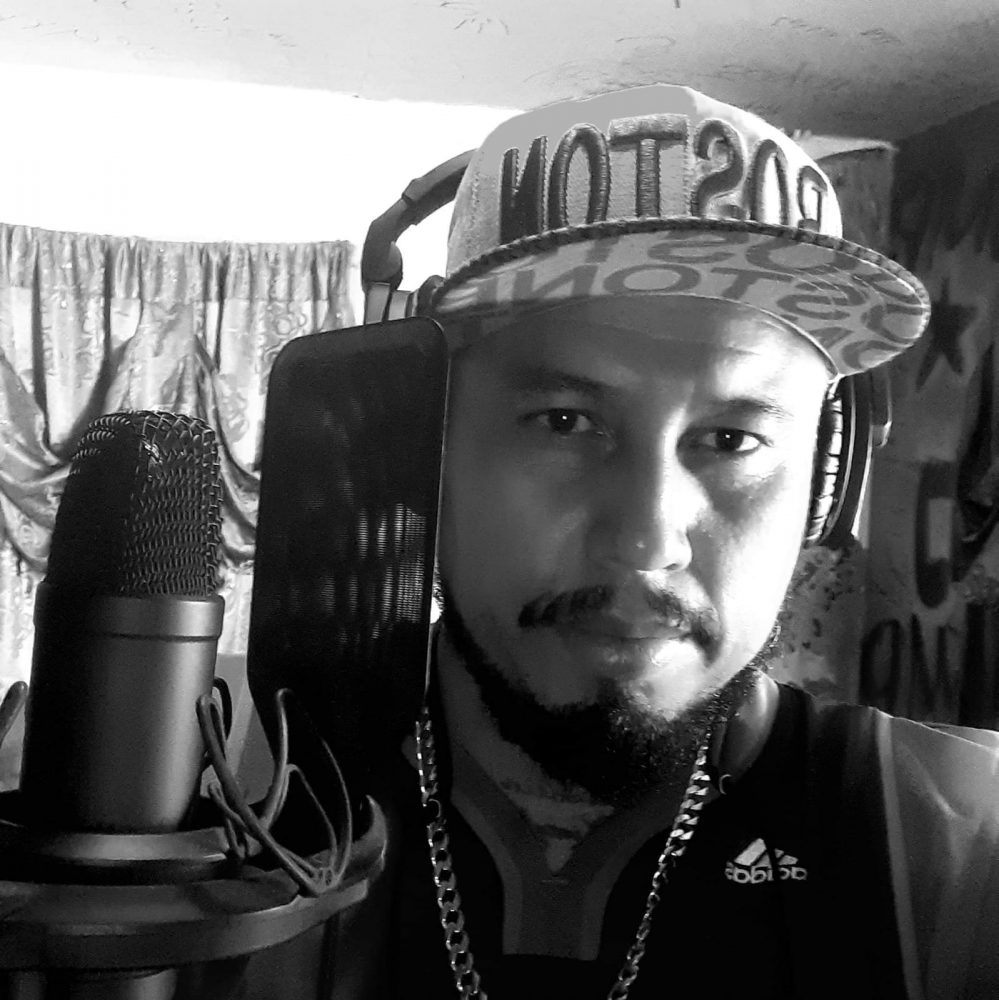 Flako explained that Ella se fue is not just a song of love, passion, and disappointment that just occurred to him out of the blue. He said he wrote it based on his own personal experience.

“In the past, I became an alcoholic, and I was doing music, back then with Belizean Entertainment. I don’t know if you have heard of Belize Entertainment which comprised of Nadir Leal (Leal J.), Joe Moreno’s daughter, Conchita Moreno, Ruben Echeverria, Amilcar Vasquez and me, Philbert Leslie. I’m talking about 2005-6. We had a hit called Sugar Daddy. After the little success we had with the music back then, I started drinking a lot of alcohol and using a lot of drugs and I was losing my family, losing everything that I loved because of the way I was living. So, when I started writing this song, as a songwriter, I put myself in that position. That’s why this song has that content.” 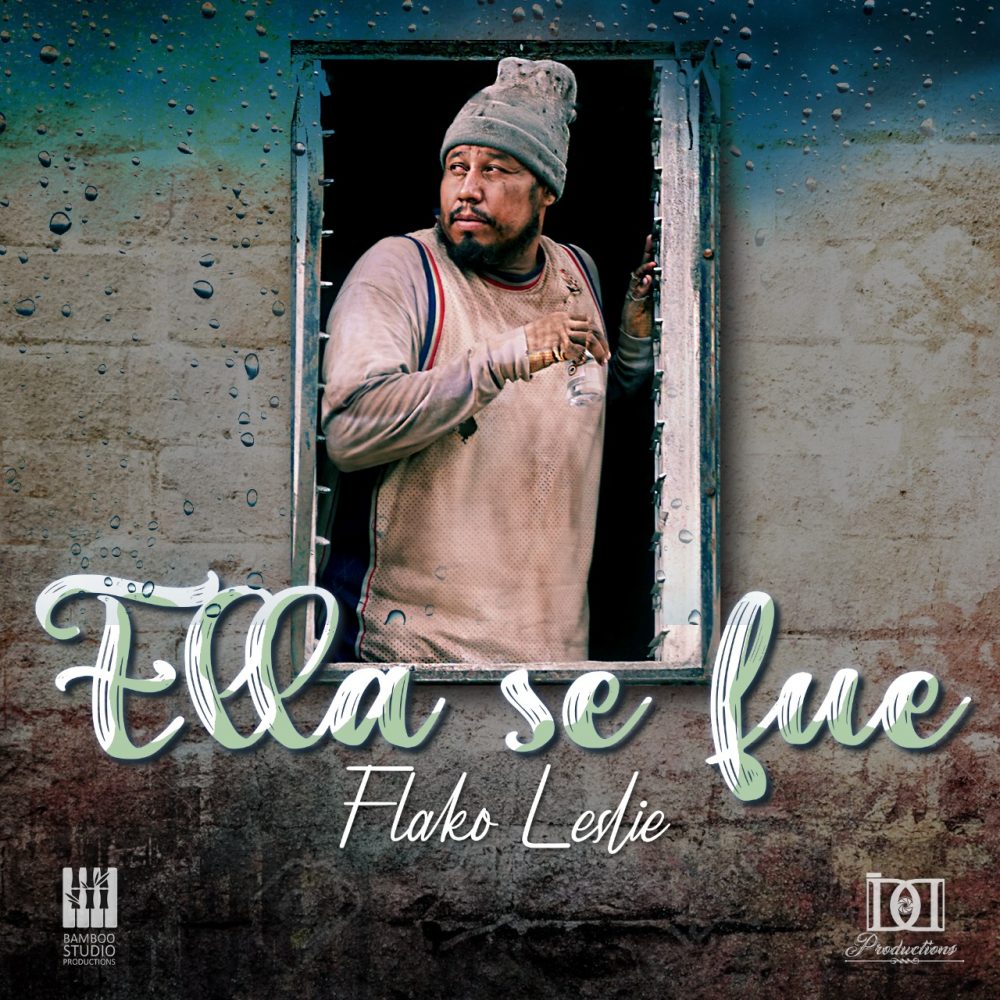 The singer says in Spanish:

“With pain in my soul, I’m going to get up,
Such sadness, I cannot bear,
Liquor cannot calm it,
Oh my God, I can’t explain it,
It’s as if I were at the bottom of the sea,
With a lot of water and I can’t breathe,
How difficult it is to accept
That it must end this way.”

He said that he started music at the early age of 12 but quit around 2006 because of the bad life he had gotten into.

“When you’re in the music industry it comes with a lot of problems when you don’t know how you, and I was young, you don’t know how to make decisions,” Flako said. “You drink a lot, you have a lot of women, you do a lot of drugs, and you start having problems home. I had to choose between my career as a musician and my family. I decided to choose my family. But I continued drinking more. It took me a long while, but I did change because of my kids.” 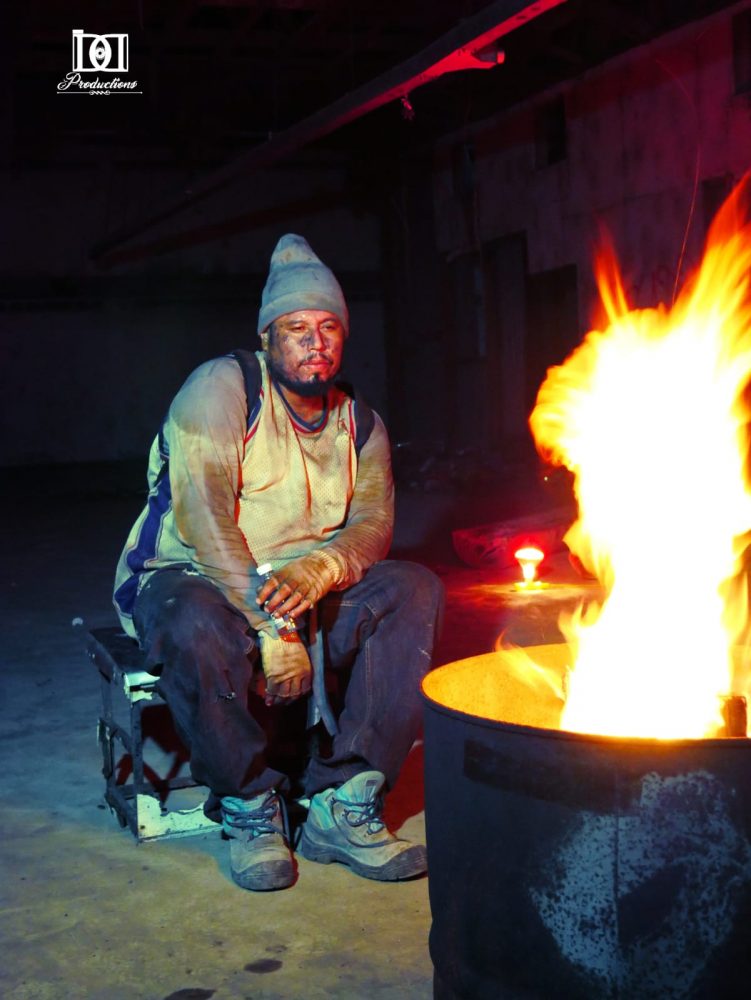 He noted that he’s always had the support of his wife Kimesha Reymundo and his children Kiarra, Kimaly and Destin.

“My wife has always been around, been supportive,” he said. “I stopped music for about ten years and then like how my kids were growing they started encouraging me again and I started doing music again.”

And that’s how En la oscuridad came to be.

Currently, Flako Leslie is working on two albums at the same time. “The next music video, Cuando un amor se va is a new production for my new album Simples palabras, I just released that as a single to give traction to the new album coming soon,” he said.

“This coming month we’re working on more videos. I’m planning to release at least two videos by the ending of this year from En la Oscuridad. In January, I plan to release another single for the new Album Simples palabras to gain traction for the next album.”

Flako highlighted that while his song is selling on 128 music platforms what drives him now is his children. “I’m doing this for the love of my kids to show the younger generation that there is something to get done in music and doing it positively is a good decision if you like music.”