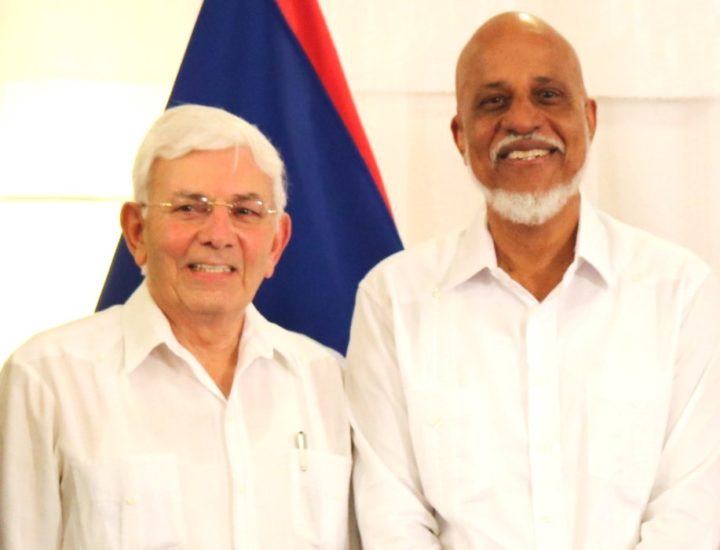 By Benjamin Flowers: Former Prime Ministers of Belize, Said Musa and Dean Barrow, have added their signatures to the “Let Cuba Live” initiative, an open letter penned to United States President Joe Biden calling for an end to the economic embargo placed on Cuba.

The Cuban embassy in Belize made the announcement that the two former Prime Ministers signed the letter, on Monday via its official Facebook page.

“Said Musa and Dean Barrow, former Belizean prime ministers, added their support to more than 400 worldwide personalities who issued a letter this week to US President Joseph Biden calling to end the blockade against Cuba in force for more than 60 years,” the Embassy said. ” The gesture of both Caribbean leaders is a sign of Belize’s permanent support to the Cuban battle against US blockade and show the strong ties of friendship between the people and government of both nations.”

The embassy added that the signatures of the former Prime Ministers join those of notable personalities such as Oliver Stone, Jane Fonda, Lula Da Silva, Noam Chomsky and Silvio Rodríguez Domínguez among others, who signed the request published in full-page by the influential newspaper “The New York Times” as part of the initiative “Let Cuba Live” (Dejen vivir a Cuba). That initiative is coordinated by the Cuban “Martin Luther King Memorial Center” and the north-American organizations “The People’s Forum” and “Codepink” to request a change in the United State’s foreign policy toward Cuba. The open letter was published in the New York Times on Friday, July 23.

Musa and Barrow expressed their solidarity with the government and people of Cuba through a Facebook post and private message to Cuban Ambassador H.E. Lissette Perez, respectively.