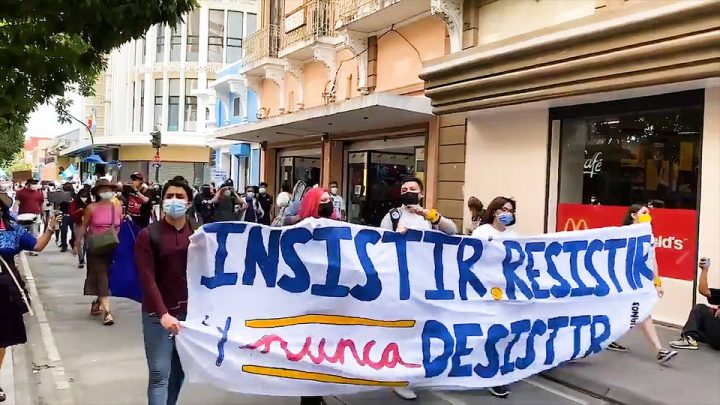 By Rubén Morales Iglesias: The Guatemalan government is being pressured both by internal and external forces after Attorney General fires an anti-corruption prosecutor who flees the country in fear for his life.

After Attorney General Consuelo Porras fired anti-corruption prosecutor Juan Francisco Sandoval last Friday, the US Government and local groups have criticized the government over concerns that the Guatemalan government is not really concerned about keeping corruption down said the Associated Press.

Fearing for his life, Sandoval fled Guatemala on Saturday via El Salvador reports out of Guatemala said.

Another one who fled, fearing for his life, is lawyer Marco Aurelio Alveño Hernández, who left Guatemala along with his family, after cooperating with Sandoval’s office claiming he had paid a bribe to a Porras adviser on behalf of a former Guatemalan central banker.

US Secretary of State Antony Blinken said on Twitter that the US stands with the people of Guatemala. He mentioned that he had recognized Sandoval with an Anticorruption Champion Award earlier this year and that his firing undermines the rule of law and strengthens impunity. Blinken said Guatemalans deserve better.

Several organizations have been having demonstrations since the firing of Sandoval, particularly in the capital and in front of the Presidential Palace.

The Xinca People said on Monday that on Thursday they will have protests in opposition of Sandoval’s dismissal and against the justice “taken” by a “repressive state”, Prensa Libre said.

The Xinca Parliament demanded that President Giammattei and Attorney General Porras step down.

They said that on Thursday they will shut down the country with a strike in each community because they have had enough and don’t want to continue living in a repressive state.

The Xincas asked “honest and conscientious Guatemalans” to join them in standing up for their rights to be respected.

Prensa Libre said Guatemala is a country with a population of 16.3 million people according to the 2018 census and that international organizations say more than half of its people live in poverty and one of every two children suffer from malnutrition.