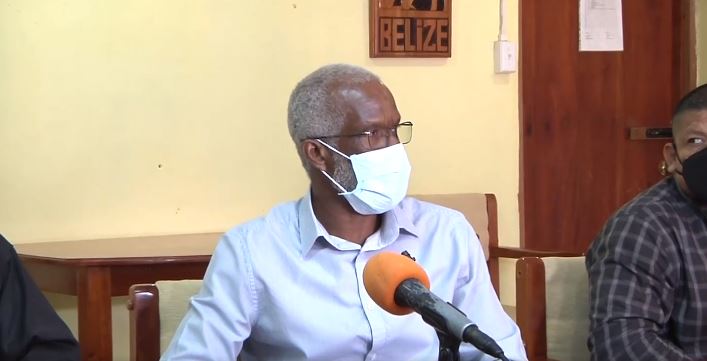 By Aaron Humes: On the back of another surge of major crime, the United Democratic Party has again offered its services to the Government for a bipartisan crime prevention committee to reverse Belize’s state of “crisis.”

Retired Colonel George Lovell, a former CEO in the Ministry of National Security, and former senior officer in the Belize Defence Force is acting as National Security Advisor to the Shadow Cabinet of the Opposition.

His report, which forms the basis of a three-page statement, cites, “We can argue with a great deal of certainty that so far with the best of our efforts, only temporary solutions have been achieved, and on every occasion, those solutions bring us back to the same environment where crime and violence persist.”

Belize, Colonel Lovell asserts, has not taken advantage of the various studies and recommendations done to assess crime here – the Harold Crooks Report, the Dr Herbert Gayle Report and the Citizen Security Summit of 2018 – and the strategies and plans that flowed from them. Indeed, the recent past efforts at combating crime have been squarely on the shoulders of the Ministry of National Security, now Home Affairs, and others have not been drafted in.

Specifically, Colonel Lovell advises that three pillars of societal crime and violence intervention be called upon: 1) human development, including the improvement of maternal and child health, access to education, employment and community participation and activism; 2) economic development and citizen prosperity, attacking the rate of unemployment, poverty and economic diversification; and 3) democratic governance and citizen security, addressing the failures of the justice and legal systems. The only way crime can be controlled is by a multi-sectoral, multi-ministerial partnership involving both public and private sectors.

Minister of Home Affairs Kareem Musa earlier this year announced plans to begin reform of the police department and associated machinery and this has been repeated by the likes of Prime Minister John Briceno and Youth Minister Kevin Bernard.