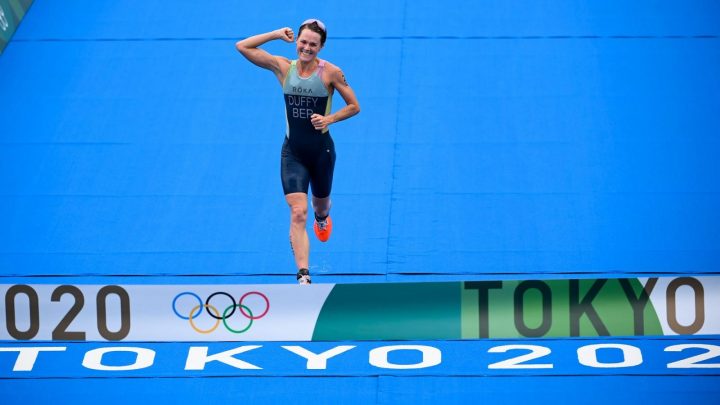 By Rubén Morales Iglesias: CARICOM Secretary-General, Ambassador Irwin LaRocque sent a message of congratulations to Flora Duffy of Bermuda for winning gold at the Tokyo 2020 Olympics in the women’s individual Triathlon.

“On behalf of the Caribbean Community (CARICOM) I offer heartiest congratulations to Ms. Flora Duffy of Bermuda on her spectacular achievement of winning a gold medal in the Triathlon at the Tokyo 2020 Olympics,” La Rocque said.

“Ms. Duffy’s inspirational victory in that arduous event is yet another example of Caribbean excellence and further evidence of the ability of small states like ours to compete and be successful in the global arena,” the Secretary-General’s message concluded.

33-year-old Duffy, who trains in Boulder, Colorado in the United States is a double triathlon world champion.

She won the Olympic gold medal by winning the triathlon (swimming, cycling and running) in 1 hour, 55:36 minutes. She beat Britain’s Georgia Taylor-Brown, who won silver, by a minute and 14 seconds. Katie Zaferes of the US won bronze.

Bermuda, a country of 63,000 people, became the smallest country in the world to win a gold medal in the Summer Olympics.

But Duffy’s gold medal is not the first Olympic medal for Bermuda. In 1976, Clarence Hill won a bronze medal in boxing at the Montreal Olympics.