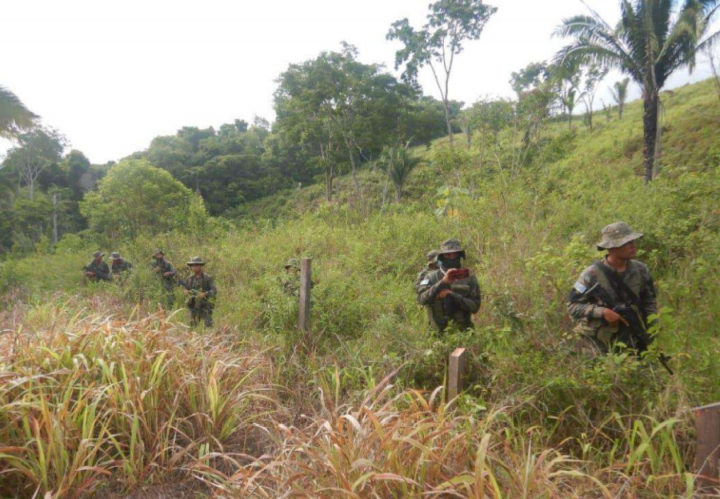 By Rubén Morales Iglesias: The Friends for Conservation and Development (FCD) says Belize should protest Guatemalan Armed Forces (GAF) incursion into Belize by making a strong protest to the Guatemalan president Alejandro Giammattei and by making a report to the international community.

FCD said that not doing so sets a serious precedent because the incursion is “an act of intimidation and provocation providing ‘fuel’ for local villagers to believe that this part of the country belongs to them”.

The Ministry of Foreign Affairs said earlier that it had strongly protested the incidents of armed Guatemalan civilians and military personnel entering Belize and questioning Belize Defence Force officers while they were on patrol.

The Ministry said the incidents occurred when BDF soldiers and FCD Ranger who were on patrol in the Rio Blanco were destroying fences and plantations of beans and pumpkin which were verified by personnel from the Organization of American States (OAS) to be in Belizean territory.

The FCD recounts that the first incident occurred on Friday, July 23 when a Guatemalan military helicopter flew over Belizean air space followed by the incursion of GAF Commander Captain Espinoza with five other soldiers at a point 520 meters inside Belize within the Chiquibul National Park.

The FCD report said that Captain Espinoza said he was investigating a number of shots that had been fired. He was informed by BDF personnel that five Guatemalan civilians, two of whom were armed, had fired a shot first at the Belizean FCD Rangers and that a Ranger had returned a shot followed by the BDF also firing. Espinoza reportedly asked about the operation the Belize forces were carrying out though he, Espinoza, said that they were aware of the operation. He then left with his soldiers.

The FCD said that on Saturday, July 24, at 8 am a group of ten GAF personnel was observed up in the hills along with civilians inside Belize at the Chiquibul National Park. The ten then made their way down to the same spot as the day before within Belize territory. A Lt. Jesús Mérida said he was there to check what was being done and lamented the losses to the villagers. Mérida reportedly asked if the OAS had verified that the crops were in Belize territory and if the villagers had been informed.

The FCD said that Mérida knew he was in Belize territory and that the crops and fences that were being destroyed were inside Belize.

He was informed of the Jiménez family, who according to the FCD has been living 4.5 kilometers north of the Rio Blanco Conservation post since 2010 and have been farming illegally on 350 acres and were hiring local people to work for them.

The FCD said that Lt Mérida was told to inform the Guatemalan civilians that they were on Belizean territory.

FCD said that the Jiménez “has invested in major water reservoirs built by bulldozing ponds and erecting fences. The area being used by the Jimenez family for agricultural crops and cattle ranching is over 350 acres”.

The FCD said that they estimated that approximately 80% of the objective was destroyed by the Operation personnel consisting of BDF, Forest Department, and FCD.

The FCD report concludes that “a continuous patrolling system of the area will be required to ensure that this activity doesn’t flourish again, and detain anyone found in the area.” 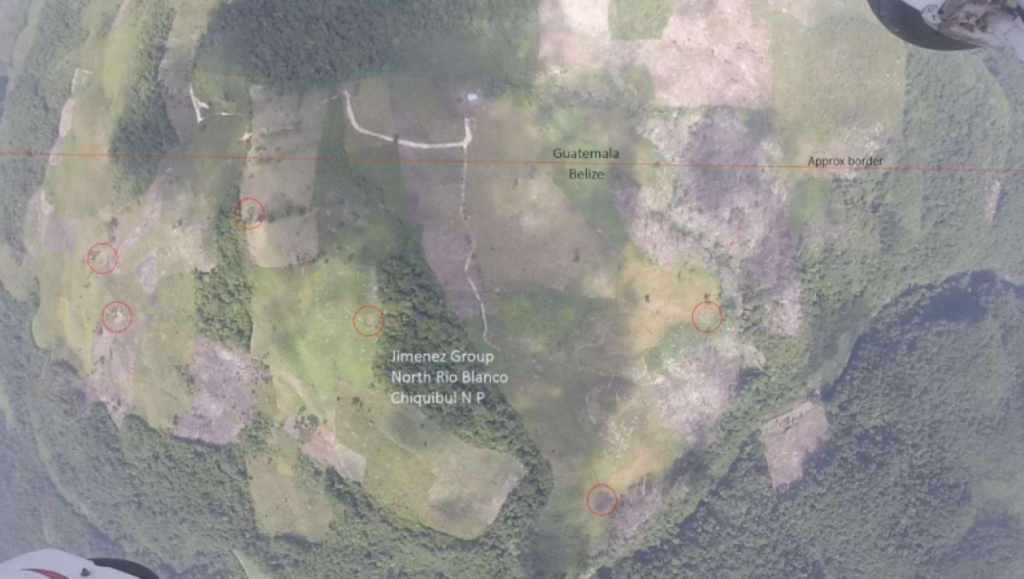