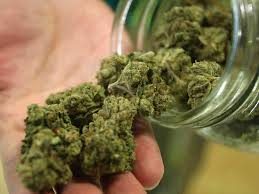 By Benjamin Flowers: Minister of Home Affairs Kareem Musa says that the Government of Belize (GOB) establishing a marijuana industry in Belize is a practical move that will bring benefits in several areas.

Earlier this month GOB tabled the Misuse of Drugs (Amendment) Bill 2021 in the House of Representatives, which will establish provisions for the licensing and registration of enterprises operating in the cannabis industry.

“The consumer sees this as a relief. The small farmers, the investor, the businessman, they see this as a profit. The government sees this as only practical given the circumstances that we now face where we have something that is decriminalized but you have no way of obtaining it,” Musa said today.

He noted that people can already use 10 grams of marijuana without penalty; however, people risk their lives on a daily basis trying to bring it in from Mexico and other countries. The situation creates dangerous encounters with police and is even causing gang warfare in Belize City because of it.

Musa, responding to criticisms from Belize’s religious community, said he would think that something is wrong if the churches did not object, as they are the society’s moral compass. He stressed however that marijuana is the drug of choice for over 30 percent of Belizeans and that fact cannot simply be ignored. Rather than ignore it, Musa says that government must find a way to have people benefit from that decision.

“It’s just about putting in the proper formula that will see the small man benefit because they currently are the ones that are in charge of the market…and of course that it is regulated to ensure that the government gets its fair share in tax revenue from the industry,” Musa added.